One and a half million euros for the shield of Columbus

on The 17th of December Ansorena auctions off the Real original Provision granted by the Catholic Monarchs in 1493, Christopher Columbus and his descendants, a on The 17th of December Ansorena auctions off the Real original Provision granted by the Catholic Monarchs in 1493, Christopher Columbus and his descendants, a coat of arms with a castle, a lion, a few islands and their weapons, as a reward for his services, for a price of 1.25 to 1.55 million euros. The granting of this privilege to Columbus occurred on the return journey of the discovery of the New World, according to Javier López Serrano, of the Department of painting and ancient documents of the Auction House Ansorena.

on The 15th of march, 1493 Columbus landed at Palos, and was heading to Barcelona, in accordance with the instructions that the Kings had made her come. There Columbus recounted his voyage of discovery to the Kings, the greatness of those lands, meekness, nudity, and customs of the indigenous people.

The document now auctioned is an original, the only representation of the first coat of arms of Christopher Columbus, an object of great historical value that it was guarded by the family of the admiral, as he wrote to the founder in her will of 1497. The document is the original manuscript that was expended on parchment vellum sheep 275 x 435 mm with a stem 43 millimeters wide, whose central part hanging ribbons of color to brownish green holding of the lead seal of validation, which lack.

In the central part of the text reserves the main space in which they are produced in many colors the coat of arms divided in five parts. In the top right stands a castle in gold (for the kingdom of Castile) on canto blanco, and in the top left is a Aresbet lion rampant and white (for the kingdom of León). In the bottom right are located an iconography of the islands and a land mass appearing the islands and mainland of the New World, in gold on waves of sea. Meanwhile, the bottom left part into two. In an upper part are located five anchors in gold by the Admiralty and down the arms, represented in red on a gold background with a blue band.

the document shows The former folds that correspond to the wooden box in which it was originally preserved. The text that surrounds the coat of arms can be considered unpublished, in the opinion of López Serrano, because of this document, which has remained with the heirs to 500 years, historians have not had access to him. "The Real Original Provision has gone out on two occasions outside of Spain for paths exhibitions; one of them in 1893 in Chicago and the other in 1976 in Washington. But historians and scholars have not had direct access to the original document, only the text that is referenced in the registry of the privilege in the Book of Certificates, of Fernandez Alvarez de Toledo", argues the expert. This is a kind of log that kept the laws and privileges granted to the Catholic Kings, and is located in the Archive of the Indies.

The letter of the manuscript is itself of the privileges of the FIFTEENTH century, of great perfection and regularity, in lower-case with correct capitalization, poor linkages and abbreviations. The document granting the coat of arms Christopher Columbus has formed part of the Archive of the Dukes of Veragua, and now of his descendants. These days, up to your auction, is guarded in a safe deposit box of the Auction House. 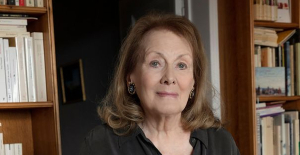