J. K. Rowling : Hachette does not allow its employees to boycott his next book

Finally some good news for J. K. Rowling, in turmoil since a few days after he shared remarks that were deemed transphobic. His publishing house Hachette UK has 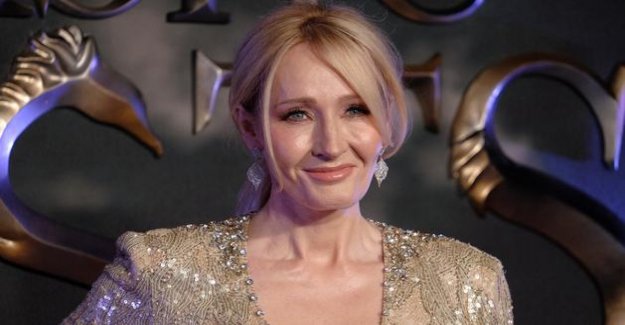 Finally some good news for J. K. Rowling, in turmoil since a few days after he shared remarks that were deemed transphobic. His publishing house Hachette UK has announced that it did not allow its staff to boycott The Ickabog, a tale for children is the author's uk scheduled to be released in November 2020.

"freedom of expression is the cornerstone of the edition," said Hatchet in a press release. "We fundamentally believe that everyone has the right to express his own thoughts and beliefs. This is why we do not comment on never the personal opinions of our authors and we respect our employees ' right to have a different opinion."

Several employees of the publishing house, English had expressed their refusal to work on The Ickabog, after the novelist has published a series of tweets. She said that only women could be menstruating, drawing the ire of many internet users.

But Hachette UK has informed its staff members that divergent opinions with an author would not allow them to refuse to work on his books. "We will never work our employees on a book the contents of which bother them for personal reasons, but we make a distinction between this and the refusal to work on a book because they disagree with the point of view of an author outside of his writing, which goes against our belief in freedom of expression."

A spokesman for the publishing house said that the affected employees would be received by their managers for treatment "on a case-by-case basis". "We will discuss all these interviews with empathy and understanding", he said to The Bookseller.

Confronted with strong reactions on the social networks, the author of the saga to success has split a long text on his official site, published Wednesday, June 10, in order to put into context his controversial comments. "I'm in the spotlight for over twenty years now, and I never spoke publicly of the fact of having myself survived domestic violence and sexual assault", she revealed.

also read : J. K. Rowling reveals to have been a victim of domestic violence and sexual assault

She also explains that this sexual assault has contributed to convince them of the need to maintain spaces reserved for women. Prior to asserting that biological sex has a meaning and that some groups of the transgender community, "seek to erode women as a political class and organic". A position that has not received the support of Daniel Radcliffe, Emma Watson or Rupert Grint, actors who have become famous thanks to their roles in Harry Potter.

The editorial team conseilleLe new novel from J. K. Rowling's available as a free françaisJ.K. Rowling offers 1.14 million euros to the NGO against domestic violence and in favor of the SDFGuérie of the coronavirus, J. K. Rowling is sharing a technique of respiratory that has soulagéeSujetsJ.K. RowlingHachetteTransphobieAucun comment