Flashback to 2018 : The best cartoons and photos

Many people had hoped for 2018 on certainties – the Republic was looking for. The new Grand coalition should bring in a professional Routine. Instead, there was Many people had hoped for 2018 on certainties – the Republic was looking for. The new Grand coalition should bring in a professional Routine. Instead, there was a dispute, especially with CSU chief Horst Seehofer. This brought the government to their limits, the SPD to the polls, Angela Merkel, to the slow departure from Power. Meanwhile, awakened many citizens to demonstrations of new spirit of Resistance. - A year with hot topics, the 215 photographers and 65 cartoonists captured, the on the 35. "Flashback" parties.

The first prize winner you can see in our photo gallery:

flashback to 2018: The German prize for political photography and caricature more pictures of view 1 of 13photo: Ingrid Müller28.01.2019 16:06"creativity at its best, the acts on the day", praised the award presenter, Gregor Mayntz, the Chairman of the...previous Next

The Work of two photographers to the debate on the energy policy impressed the Jury this time. They signed Daniel Chatard for the best photo with the prize of the Rhineland-Palatinate land agent Heike Raab (7,000 euros). The coveted Leica for the best series David bracket to get for the "fight to the hambach forest".

The point of view of the cartoonist Amelie Glienke (hogli) to the SPD, the Jury awarded the first prize (5,000 euros), the Federal Association of German newspaper publishers. In place Klaus Stuttmann, with its cartoon to the loss of power by Angela Merkel, which appeared in the daily mirror.

The Jury found that the photos (similar to how in many political discussions), some of the socially relevant topics rarely shown or via the detour of posters on Demos. This observation is an interesting approach for conversations with photographers about their work(and conditions) in stressful times of change.

The winning images of the back aperture of 2018 are from the 29. January to 21. To see February 2019 in an exhibition at the landesvertretung Rheinland-Pfalz in Berlin (In the Ministerial gardens). The exhibition displays 80 photos, the best of the series, and 50 caricatures. This year, all the visitors can vote already for the second Time, your favorite photo and your favorite cartoon. Every vote counts for the audience award (donated by Hotels in Rhineland-Palatinate). The winners will be announced at the Finissage on September 21. February excellent.

Of the Christmas tree to the hambach forest, The breath of the world

Then the flashback exhibition in the course of the year will be shown in Koblenz, Neustadt, Trier, Mainz, Bonn, Leipzig and Brussels. 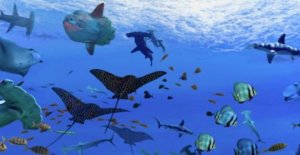 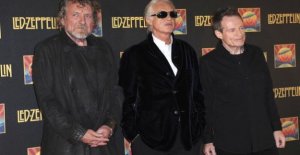