Death of Roland Michaud, the adventurer passionate about the east

Roland Michaud, photographer, globe-trotting frenchman who has left gorgeous pictures of Afghanistan from before the war, died Monday in Paris, at age 89, has a 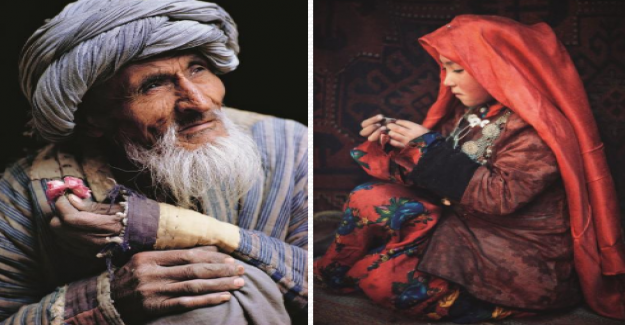 Roland Michaud, photographer, globe-trotting frenchman who has left gorgeous pictures of Afghanistan from before the war, died Monday in Paris, at age 89, has announced its editor Nevicata.

Forming an inseparable couple and picturesque, with his wife Sabrina, he was party to the adventure, using all the means of transport to travel and photograph all over the world for almost sixty years: India, China, Ethiopia, Afghanistan...
A series of pictures that went round the world: the Man in the pink, which shows an old Afghan turban blue, holding a rose in her wrinkled hand.

Born in Clermont-Ferrand, Roland Michaud has published a series of stories about Afghanistan in the 60's, before this central Asian country slipping into civil war after the soviet intervention.

The series of photos which gives him a just recognition is called Caravans of Tartary. They have been immortalized on the caravans of camels that crossed the Pamirs, across the frozen rivers. It is this unforgettable experience that he wanted to tell them in November in his only story written with his wife, The last trailer released with editions Nevicata.

Feeling then the degradation is catastrophic to the state of his health, he had insisted to publish as soon as possible this book will, has reported France Thibault, éditions Nevicata, to the AFP.

As Roland and Sabrina Michaud have told in this book, it took them three years to get the permissions of the king of Afghanistan to visit these territories prohibited and also the khan's kyrgyz to integrate into a caravan where women are traditionally not allowed.

As a first tribute to this passionate researcher of image and his companion France Thibault said, moved, saddened by its disappearance: "The couple was very well known and loved in the world of photographers. They chamaillaient with love. Roland had the eye that sparkled, he was a man of sharing, who loved to tell anecdotes. We drank his words."


The editorial recommends that you India, paradise of the gods SujetsRoland MichaudAfghanistanPhotographieAucun comment