Coronavirus: a surprise show held in Besançon for waking the living

Two and a half months after the beginning of the epidemic, coronaviruses, nearly 200 players have been given Tuesday evening a surprise show in the streets of B 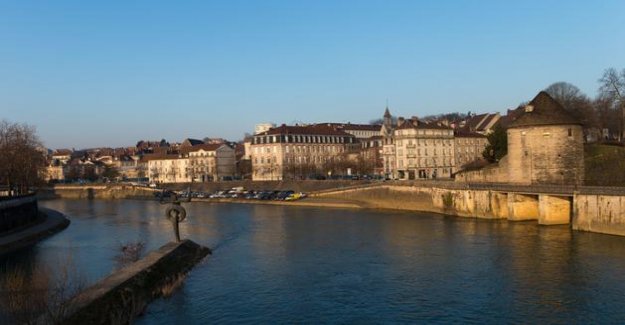 Two and a half months after the beginning of the epidemic, coronaviruses, nearly 200 players have been given Tuesday evening a surprise show in the streets of Besançon for "bury the dead" and "waking the living", has found an AFP journalist.

read also : Coronavirus: the ban gatherings of 100 people, impacting even more the culture

On the notes of Vivaldi, carried by four figures dressed in black and equipped with protective masks dark, a coffin is advanced gently in the center of the Revolution square, in the centre of the capital of the franche-comté, in front of passers-by intrigued.

Respect of the distancing physical

dozens Of other actors, also dressed and masked in black, are gathered around the coffin, respecting the separation physical, the form of a circle of white flour, a symbol of the isolation generated by the containment.

actors waving flags bearing the inscriptions "Bury the dead" and "Waking the living" (referring to the words "Bury the words and repair the living" in the room Platonov (1923), the Russian Anton Chekhov ), were then ran on the spot, before a dance sequence.

"Ask a poetic act" in the public space

"We bury what we just went through," explains Stephanie Ruffier, a teacher of theatre who has participated in the representation.

According to her, this happening is born of "envy" felt by actors and actresses in the world of the performing arts, hard hit by the restrictions related to the pandemic of sars coronavirus.

Some wanted to "mourn their dead", others "live a ritual of the new world," says the young woman, but all were found to "pose a poetic act" in the public space, she estimated.

A hundred people, obviously delighted, took advantage of the performance, while a police patrol asked them, in the quiet, trying to respect the safety distances.

The editorial team conseilleCoronavirus: the small rooms of spectacles organize their résistanceCoronavirus: in the cultural community, "the show must go on"SujetsBesançonthéâtreAucun comment