He built a true world empire starting from a small factory of spectacle frames in Belluno, in the north of Italy, and currently leaves an estate valued at around 27,000 million euros. 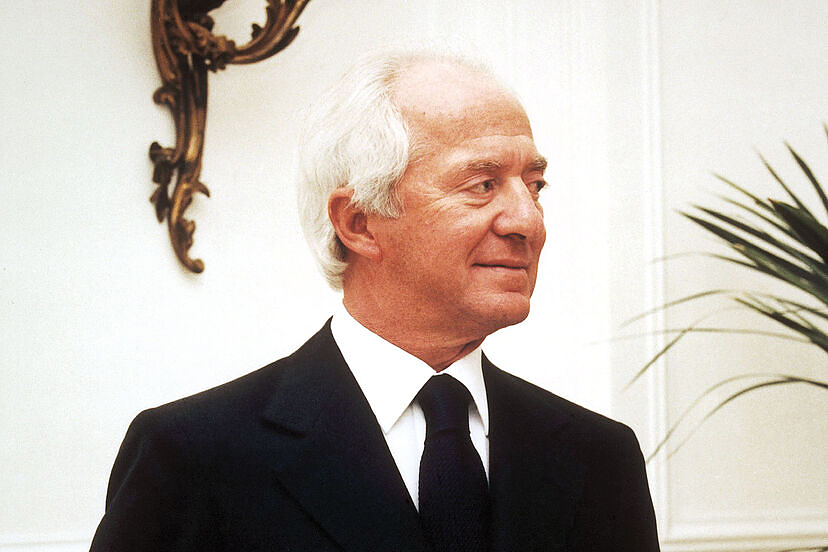 He built a true world empire starting from a small factory of spectacle frames in Belluno, in the north of Italy, and currently leaves an estate valued at around 27,000 million euros.

Leonardo del Vecchio, founder of Luxottica and CEO of EssilorLuxottica, the largest production and distribution company in the world of optics, and the second richest person in Italy, died today at the age of 87 in Milan, leaving behind a huge empire, according to collect Eph.

Only behind Giovanni Ferrero, Del Vecchio built a true world empire starting from a small factory of eyeglass frames in Belluno, in northern Italy, and currently leaves an estate valued at around 27,000 million euros, according to Forbes magazine.

Del Vecchio's almost cinematographic life has always been highlighted because he had a hard childhood, since he grew up in the Martinitt orphanage, where his parents emigrated from Apulia admitted him to be able to work.

The recent authorized biography written by Tommaso Ebhardt revolves around the extraordinary creative force of a "self-made" man who, in the seven years he spent in the orphanage, formed "a character of steel" and learned that taste "for precision that will make your fortune as an entrepreneur".

At the age of 14 he found a job in Johnson and in the afternoon he studied and at the age of 26 he moved to Agordo, in the province of Belluno, where the mountain community had offered land to those who wanted to create a company in the area and there began the adventure of Luxottica, as a factory for eyeglass frames.

From 1969 he became the sole owner of the company, since then the company has continued to grow internationally through acquisitions and in 1981 it made its first international leap by purchasing the American Avantgarde brand.

On July 27, 2004, Del Vecchio decides to leave his position as executive director to Andrea Guerra, but they say that during a meeting in 2014 Del Vecchio gave him a piece of paper in which he told him that the company belonged to "the Del Vechio family" and took back power.

"It was Del Vecchio who had the last word in all the decisions of the company, not only in the strategic ones. After all, it had always been like that, after all that was the secret of his success," reads his biography.

Luxottica continued its expansion by acquiring another optical giant, Oakley, based in California and specialized in the production of sports lenses and on October 1, 2018, Luxottica merges with the French company Essilor, giving life to the new colossus, EssilorLuxottica, in an operation worth 50,000 million and that has about 80,000 employees and more than 9,000 stores.

Del Vecchio was also a 6.84% shareholder in Mediobanca and 4.87% in Assicurazioni Generali.

His six children, the fruit of three marriages, will be the heirs to the empire.