Kenya: why is the presidential election causing great tension?

Violent clashes after the 2007 presidential election, contestation and then cancellation of the results of that of 2017, the democratic process in Kenya never ends well, and it is not the 2022 election that tends to break the rule. 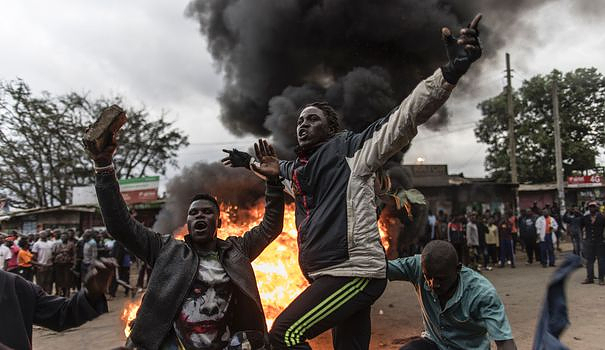 Violent clashes after the 2007 presidential election, contestation and then cancellation of the results of that of 2017, the democratic process in Kenya never ends well, and it is not the 2022 election that tends to break the rule.

For six days, the country's television stations kept voters in suspense, reporting the preliminary results of Kenya's presidential election as the work of the electoral commission progressed. This Monday, August 15, the final results were finally announced. William Ruto, 55, was elected president with 50.49% of the vote, 233,000 ballots more than his opponent, Raila Odinga, 77, the candidate supported by the power in place. Coming from a family of modest farmers in the Rift Valley, Ruto rose through the ranks to become, in 2013, Vice-President of the Republic. But faced with suspicions of irregularities and street clashes, he may have to wait a little longer before taking the last step.

In the wake of the announcement of his success, William Ruto promised to work "with all the leaders", in a "transparent, open and democratic" country, before specifying that there would be "no place for revenge". A final revealing point of the chaotic political situation in which Kenya finds itself. Because Raila Odinga, an unsuccessful candidate, has no intention of admitting defeat. His team immediately denounced the irregularities, relying on the astonishing defection of four commissioners (out of seven) from the electoral commission, and this a few hours before the results were announced. Raila Odinga said on Tuesday he would pursue "all legal options" possible to challenge the results. Vice President Juliana Cherera, who is among the protesters, said she could not "acknowledge the results because of the opaque way in which they were handled". Without giving further details, she promised the forthcoming disclosure of information.

The tension had already reached a peak this weekend, when electoral agents fought within the headquarters of the commission. The main representative of Raila Odinga then took the floor to denounce "a crime". This Monday, this same representative tried to prevent the three remaining commissioners from proclaiming the results, even injuring two of them. The political confrontation appears so fierce that it could lead to a street fire.

The lack of information available to the Kenyan population is reminiscent of the 2007 presidential election, when the same Raila Odinga was beaten by Mwai Kibaki in conditions considered suspicious. There followed violent inter-ethnic clashes causing the death of 1,100 people. The return of chaos is therefore feared, especially since Odinga is in his fifth lost election. Its very popular electorate, in its last days, raised barricades and threw stones at the police. Beyond the defense of its candidate, it is a clash between ethnic groups that is feared. William Ruto is a member of the Kalenjin, which represents 12% of the population, while Raila Odinga belongs to the Luo, comprising 13% of Kenyans. This Sunday, the two candidates nevertheless went to a church to preach peace. At a time when everyone still thought they could become the guarantor.

This is not the first time that Raila Odinga will challenge the result of an election before the Supreme Court. In 2017, he had obtained the cancellation of the ballot and the organization of a new election, which had been boycotted by a large part of the population. He now has seven days to appeal. The highest court in the country will then have fourteen to make its decision. An eternity in a land on fire.