How Iran hatched a plan to assassinate a former US official

It is unlikely that Hollywood will turn this story into a script, even if it has nothing to envy to certain spy films. 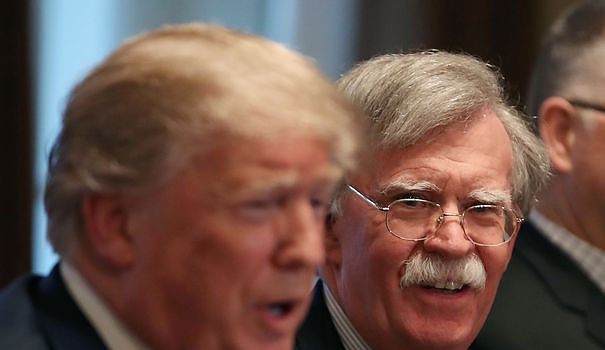 It is unlikely that Hollywood will turn this story into a script, even if it has nothing to envy to certain spy films. On Wednesday, August 10, the American judicial authorities made public the indictment, in his absence, of the Iranian Shahram Poursafi, a Revolutionary Guard accused of having hatched a plan to assassinate the former national security adviser to Donald Trump, John Bolton. A "ridiculous" trial, retorted this Thursday the spokesman of the Iranian Ministry of Foreign Affairs, Nasser Kanani. “American judicial authorities have brought charges without providing valid evidence,” he denounced.

According to the FBI investigation report, the objective was to avenge the death of General Qassem Soleimani, head of the unit in charge of external operations within the Revolutionary Guards, killed by an American strike on January 3, 2020. Iran had sworn that this crime would not go unpunished. And as a staunch opponent of the Iranian nuclear deal, John Bolton looked like an ideal target in the eyes of Iranian conservatives. According to the FBI, Shahram Poursafi's plan was to remove the former adviser before the second anniversary of Soleimani's death, i.e. before January 3, 2022.

To fulfill this delicate mission, Poursafi looked for a killer, and set his sights on a henchman with an atypical profile since he is an FBI informant. Something to make revenge even tastier. He asked his recruit to open a cryptocurrency account, while urging him to act as soon as possible. He will wait a long time, the man never having intended to kill Bolton, but on the contrary to help him. Informed by the FBI of the intentions concerning him, John Bolton agreed to collaborate in the investigation, going so far as to "pose" at the exit of the building where he works, so that his supposed killer could send photos to the contractor. After accumulating a sufficient amount of evidence, the FBI therefore decided to charge Poursafi. Currently in Iran, the latter has virtually no chance of being tried. But for Washington the essential is elsewhere.

The exposure of the plot aimed at a fierce opponent of any Iranian nuclear agreement, which the United States signed in 2015 before leaving in 2018, casts a chill as the Biden administration has indirectly participated, for 18 months , to new negotiations with Iran and the European Union. However, this case does not surprise Washington, which declared last January, through the voice of its current national security adviser, Jack Sullivan, that Iran intended "to carry out terrorist operations in the United States ". In a statement, the Assistant Attorney General for National Security, Matthew G. Olsen, confirmed that the authorities had not been surprised by Poursafi's fatal intentions. "This is not the first time we have uncovered Iranian plots to exact revenge on individuals on American soil, and we will work tirelessly to expose and disrupt each such effort," he said.

For his part, John Bolton, who has always defended with President Trump the idea that the only way to force Tehran to stop its nuclear program was to paralyze its economy, takes advantage of his position as a victim to recall that the Iranian nuclear program and its terrorist activities are, for him, "two sides of the same coin". The Biden administration believes that the two issues are unrelated. Thus, these revelations seem to put forward the ideas of former President Donald Trump, back on the front of the stage and who only asks for this to have a chance to return to power in 2024.