Sla, a hope from the research: blocked with injections in the spinal cord of mice

Blocked in mice amyotrophic lateral Sclerosis (Als) is caused by a mutation in the gene Sod1: the result was obtained by injecting directly into the spinal cord Blocked in mice amyotrophic lateral Sclerosis (Als) is caused by a mutation in the gene Sod1: the result was obtained by injecting directly into the spinal cord, a virus rendered harmless, that, by conveying an Rna molecule capable of silencing the gene ill, has permission to stop the degeneration of neurons that control movement. The result is published in the journal Nature Medicine by a group of international research led by the University of California at San Diego.

"At the moment, this therapeutic approach offers the therapy more powerful than ever demonstrated in a mouse model of amyotrophic lateral Sclerosis linked to mutations in the gene SOD1," says Martin Marsala, a professor in the Department of anesthesiology at the UC San Diego School of Medicine. His group has also demonstrated that the technique is feasible in pigs and in primates, with a spinal cord of a size comparable to the human ones.

The technique of injection is called the 'subpiale' because it allows you to traverse the pia mater, i.e. the most internal of the membranes meninges that surround and protect the central nervous system. Once past this barrier, the virus-shuttle is able to reach in a uniform way in all nerve cells, with better results than when it is injected into a vein or into the cerebrospinal fluid that surrounds the pia mater.

experimentation has shown that single injections in the cervical and lumbar spine, administered to adult mice with the gene for Sod1-mutated but still without the symptoms of Als, preventing the degeneration of motor neurons. The therapy administered to mice that already exhibit the symptoms of Als, however, allows you to stop the neurodegeneration in the long term. During the test, there has been no serious side effects for more than a year after the treatment. In each case, stresses Marsala, "security testing in larger animals and similar to humans will be a crucial step towards clinical trials". A scenario that, according to the researcher will be of great interest for the treatment of other inherited forms of Als, and various neurodegenerative diseases, spinal. 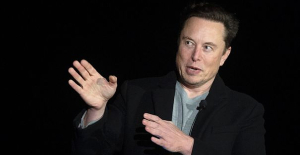