Post a Comment Print Share on Facebook
Famagusta 25
DOLLAR 17,96
EURO 18,29
GOLD 1.017,60
BIST 2.980,00
Will Amazon soon speak for small German booksellers?
The Last Look of Kim Wexler
That is why Philipp Ruch now supports the death penalty
The true story of Amélie Nothomb: her confidences, her mysteries, her...
Only the truly sovereign can trust
“The need of the hour for the West is self-assertion”
Lessons from the Great Drought of 1302
The Strange Career of the Word "Siuuuu"
Kievel claims to have to gender – ZDF disagrees
Why Islam sentenced Rushdie to death

The Andalusian Center of Photography will begin the celebrations of the 30th anniversary of its founding in 1993 with an exhibition dedicated the late photographer Carlos Perez Siquier. 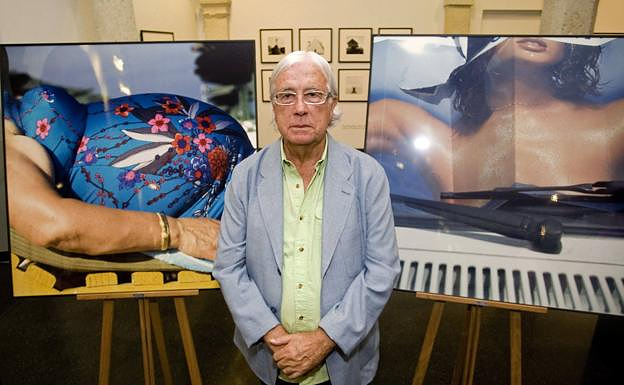 The Andalusian Center of Photography will begin the celebrations of the 30th anniversary of its founding in 1993 with an exhibition dedicated the late photographer Carlos Perez Siquier. He died in September last year. Patricia del Pozo (acting Minister of Culture, Historical Heritage, and Government of Andalusian) revealed this yesterday. She explained that the opening of the exhibition would be at the end the year to coincide with the anniversary of Carlos Perez Siquier's birth on December 14, 1930.

Juan Maria Rodriguez is the curator of the exhibition. It will be touring different Andalusian cities. Del Pozo stated that it "will be a restorative exhibit and a long-deserved homage to a titan who contributed not little to placing Almeria (Andalusia) on the international stage for photography."

The exhibition will feature over 100 works and include many lesser-known photographs of the photographer. It will also highlight the richness of 'Perez Siquier,' a collection at the Andalusian Centre of Photography that is a reference center for the protection, research, dissemination, and preservation of photography in this country. He said that the center is about to turn thirty and that it was important to use to strengthen the role of Almeria, the central axis of photography culture in our country.

Signature of the agreement between institutions. / R.I.

In this spirit, and in the context of CAF's 30-year anniversary, the Minister of Culture and Historical Heritage has signed an institutional agreement (with the Almeria City Council and Almeria Provincial Council) with the University of Almeria. This institution will soon also celebrate the 30th year of its founding. It allows the public institutions of Almeria to join the celebration of the three decades of that center. Aranzazu Martin, acting delegate of the Government of the Junta, and Eloisa Cabrera, territorial delegate, Culture, were also present at the event.

Del Pozo stated that the Andalusian Centre of Photography's anniversary "is an opportunity for us to certify the lines that were promoted by the Andalusian government, giving the institution a solvent budget (currently four times the 2018 level) and putting an end the almost epidemic lack of staff. The institution has created two key positions, the head of programming and management.

He stressed in this context that from the Ministry, "we want to double the links that photography have in Almeria, insist upon the dynamic role that center has, and value how much has already been done and, most importantly, what remains to do."

Carmelo Rodrigo, the University of Almeria's rector, stated that the UAL would be able "to contribute its experience in designing training projects, conferences or talks in an effort to project and give visibility" to the Andalusian Centre of Photography. He also indicated that signing this protocol would be a chance to give new life and energy to the CAF which is a center that is regarded as one of the main generators of culture, tourism, and innovation.

Ramon Fernandez-Pacheco was the mayor of Almeria. He stated that the City Council wants to be active in celebrating this anniversary. This will include working with the Junta de Andalucia and the Diputacion, as well as the University of Almeria.

Manuel Guzman, deputy for Culture and Cinema, said that the protocol "enhances the commitment of The Provincial Council to the promotion of photographic heritage and The Photography Center. As always, we will be there for you. We will use all the artistic and material resources that the Institute of Almeria Studies and the Provincial Council have compiled.

‹ ›
Keywords:
ExposicionDedicadaPerezSiquierIniciaraActosAniversario
Your comment has been forwarded to the administrator for approval.×
Warning! Will constitute a criminal offense, illegal, threatening, offensive, insulting and swearing, derogatory, defamatory, vulgar, pornographic, indecent, personality rights, damaging or similar nature in the nature of all kinds of financial content, legal, criminal and administrative responsibility for the content of the sender member / members are belong.
Related News