The Hollywood Foreign Press Association was mired in controversy and the event was without stars or cameras. Twitter was used to announce the winners, and social media played a big part in this. 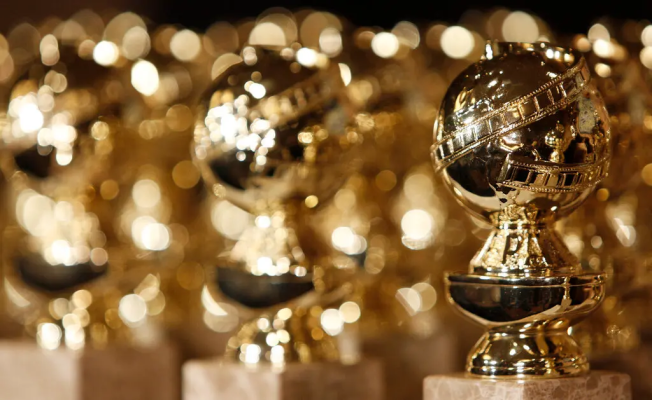 Members of the troubled Hollywood Foreign Press Association announced this year's Golden Globes winners on Sunday night. They read the names to a room at the Beverly Hilton, which was empty of stars, and then posted the results to Twitter live. These tweets, which were littered with bad puns and emojis, and sometimes lacking the key information about the movie that each winner was for, received even more ridicule via social media.

This is a shocking downgrade for one of Hollywood's most glamorous awards shows. The Los Angeles Times' and New York Times' investigations revealed that the H.F.P.A. had committed a number of ethical violations. Hollywood's biggest publicity agencies cut off access to the show because of a lack of Black voters and other ethical lapses within the H.F.P.A.

This meant that Sunday's ceremony was without Will Smith ("King Richard") or Nicole Kidman ("Being the Ricardos"), winners who won the drama trophies or their counterparts in the musical/comedy category, Andrew Garfield of "Tick, Tick, Boom!" and Rachel Zegler of the "West Side Story." The latter film also took two Globes, winning wins for Ariana DeBossi in the supporting-actress category, which was a match for "The Power of the Dog," which took home director (Jane Campion) and best actor (Kodi McPhee Smit-McPhee McPhee Campion).

The scandals were exposed by the H.F.P.A. The H.F.P.A. has since issued a new set of rules and accepted 21 additional members, including journalists of colour. It remains to be seen whether Hollywood will acknowledge Sunday's ceremony or if the winners will pretend that nothing ever happened. If this cold shoulder continues, it is possible that the Golden Globes will become the first awards show to be ignored.

Motion Picture Director of the Year

Jane Campion, "The Power of the Dog",

Nicole Kidman, "Being the Ricardos".

Best Performance by an Actress in Motion Picture, Musical, or Comedy

Best Performance by an Actor in Motion Picture Drama

Best Performance by an Actor in Motion Picture, Musical, or Comedy

Best Performance by an Actor in Supporting Role in Motion Picture

Kodi Smit McPhee, "The Power of the Dog."