With these two additions, Wayne Griffiths reinforces his team to tackle the biggest transformation in the history of the Spanish company. 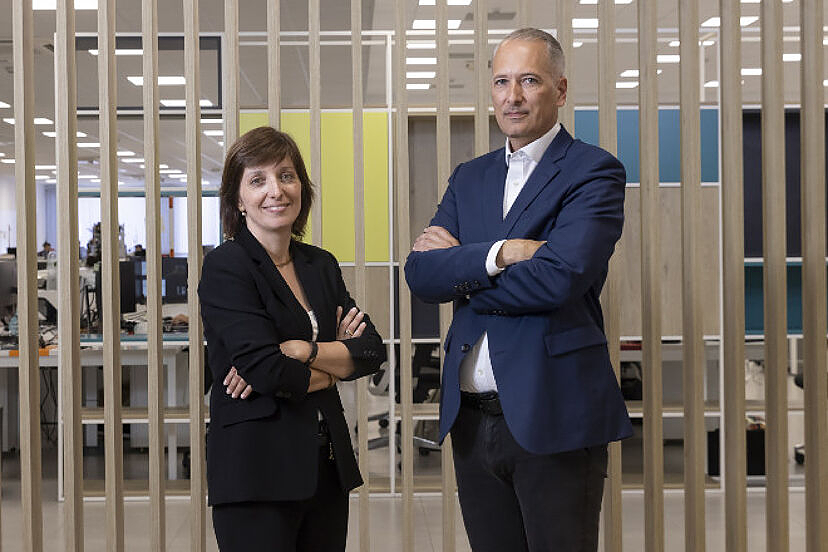 With these two additions, Wayne Griffiths reinforces his team to tackle the biggest transformation in the history of the Spanish company.

Laura Carnicero, current Director of Personnel at SEAT S.A., succeeds Xavier Ros and has the challenge of promoting the cultural change of Seat S.A. to face the transformation of the company towards electrification and the growth of Cupra in the coming years. She will take up her new position on July 1.

Markus Haupt, current president of Volkswagen Navarra, will join Seat S.A. On September 1. In his new position, he will promote production synergies between the factories of the Volkswagen Group in the Iberian Peninsula (Martorell, Pamplona and Palmela in Portugal). The director will replace Herbert Steiner, who is leaving the company to undertake new professional challenges.

Laura Carnicero has a doctorate in Industrial Engineering from the Polytechnic University of Catalonia (UPC). Her experience in the automotive sector dates back to 1999 when she joined Seat S.A and, a year later, she moved to the Volkswagen Group headquarters to join the laser welding research team. In 2001, Ella Carnicero returns to Barcelona and begins an internal development career occupying different positions within the company, where she highlights her experience and leadership in technical areas such as production or product planning.

As of 2015, Carnicero takes a radical turn in his professional career and joins the Human Resources department as head of Training and Development at Seat S.A. her and, in addition, she was also the director of the Apprentice School. During this period, Ella Carnicero promoted the transformation program towards Industry 4.0 to ensure that employees had the necessary skills and tools for the professional profiles of the future. In addition, she successfully implemented the 'Always Learning' continuous training program for the entire staff. For the past two years, she has been the company's Director of Personnel. Under her leadership, she has initiated cultural change throughout the organization through different strategies that are being carried out in the company aimed at the 15,000 employees.

"Laura Carnicero is a strong leader with proven experience in our company. Her appointment is a recognition of her work and achievements and of the internal talent that we have at Seat S.A. People are the most important engine of our organization. I am convinced that Laura is personally committed to Seat and to the transformation of our company", said Wayne Griffiths, president of Seat S.A.

Regarding the incorporation of Haupt, Griffiths said that "Markus is an expert in production and processes, and knows Seat very well. I am glad that he has accepted the challenge of electrifying the company and has a clear commitment to turn Spain into a future electric vehicle hub in Europe. Markus is an experienced professional within the Volkswagen Group and is motivated to drive this change towards electrification in Martorell."

Markus Haupt trained in business management in Barcelona and has more than 20 years of international experience at the Volkswagen Group, where he began his professional career in 2001. During the first years at Seat and Audi, Haupt specialized in prototypes, until In 2004 he returned to the Spanish company as head of the Processes and Projects management of the SEAT Preseries, where he had a decisive role in the launch of the Audi Q3 at the Martorell plant.

Haupt has led major production projects, such as the Volkswagen Group's AO-class in Wolfsburg, Germany, and the successful series launch of the T-Roc in Palmela, Portugal. In recent years, and until his return to Seat S.A., Haupt has had the opportunity to promote the change in production of the entire Group towards electric mobility, as president of Volkswagen Navarra S.A. and general manager of the Pamplona plant.