Post a Comment Print Share on Facebook
Famagusta 26
DOLLAR 18,58
EURO 18,56
GOLD 1.031,08
BIST 3.458,03
Also two are a band
"My freedom is curtailed because I have to fear that I will be silenced"
This Russian explained to Hitler – does his film also help to understand...
This is how the press council evaluates the WELT guest contribution “How...
The last word of the piece is "Auschwitz"
In the prison wing for hopeless cases
Just like Emperor Augustus used pictures as a means of communication
Only psychoanalysis has the answer to our problems
The best French conductor is moving to Baden-Baden
The German spirit and I

Alcaraz, golden boy of the sponsors, makes history: he wins the US Open and is already the youngest number 1 in the history of tennis

Big door for Carlos Alcaraz at the US Open. 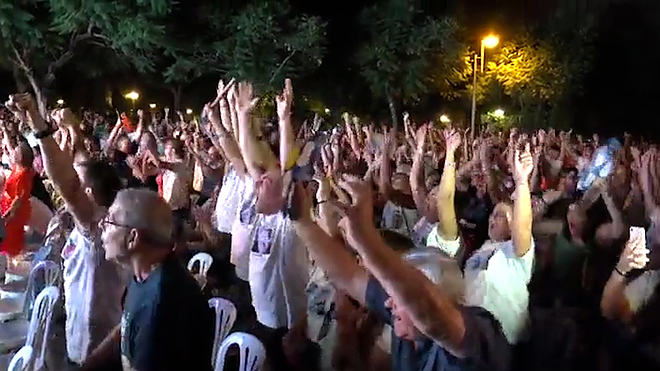 Big door for Carlos Alcaraz at the US Open. The Murcian tennis player has won the first Grand Slam final of his career after beating the Norwegian Casper Ruud in New York 6-4, 2-6, 7-6(1) and 6-3 in three hours and 20 minutes in a match that crowned him as the youngest tennis player to lead the ATP ranking. Before the US Open Alcaraz was fourth, in a classification led by Medvedev (26 years old), Zverev (25) and Nadal (36).

At exactly 19 years, 4 months and 7 days old, Alcaraz is the second youngest winner of the US Open after Pete Sampras, who took the title in 1990 at 19 years and one month. In the ranking of the earliest US Open finalists, he also beats Björn Borg (20 years and 3 months), Novak Djokovic (20 years and 4 months) and Andre Agassi (20 years and 5 months). In all Grand Slams, he is the youngest since Rafa Nadal in 2005.

"It's hard to talk about it because now there are a lot of emotions. I've tried to achieve it by working hard with my team and my family, I'm only 19 years old and everyone takes care of me. This is very special for me", said the Spaniard after his victory. It is never easy to live this day as a normal day and my thoughts are with all of you on this special day," he added, addressing the American public to remember the victims of the terrorist attack that devastated New York on September 11, 2001.

This sporting jump enhances the attractiveness of Alcaraz for sponsors, among which are already Nike, BMW, Rolex or Babolat. It also has agreements with Isdin, the Region of Murcia and El Pozo Alimentación.

His potential is important if you take into account that Alcaraz is the only one of the great tennis players in the world who has still earned more money on the court than off it: of the 10.9 million he bills, 5.9 million come from tennis and just 5 million other commercial activities, such as its sponsors, according to the latest annual Forbes list, published in August. At 19 years old, the ranking places him as the tenth highest paid tennis player in the world, on a list to which he will now add 2.6 million dollars for winning the US Open.

The situation contrasts with that of other stars such as Roger Federer, who leads the ranking of highest-paid tennis players for the seventeenth consecutive year, despite not having played any match in all of 2022. In his case, the income totals 90 million, coming entirely from of sponsor like Rolex or Uniqlo. Nadal is fourth, with 31.4 million (6.4 million from tennis and 25 million from commercial agreements).

His sporting potential is also evident, as confirmed by Juan Carlos Ferrero, coach of Alcaraz. "I think Carlos Alcaraz is at 60% of his game, he can improve many things, we know that he has to continue. Now that he is number one he has to continue winning, we know that and I will remind him of it," he explained to Efe. "He has to improve the rest, the backhand serve in certain situations, consistency, trying not to leave mentally... These are details that all players have to improve until one retires," he added.