US raises tariffs on Russian products and bans gold imports

The United States today raises tariffs on more than 570 categories of Russian products worth $2. 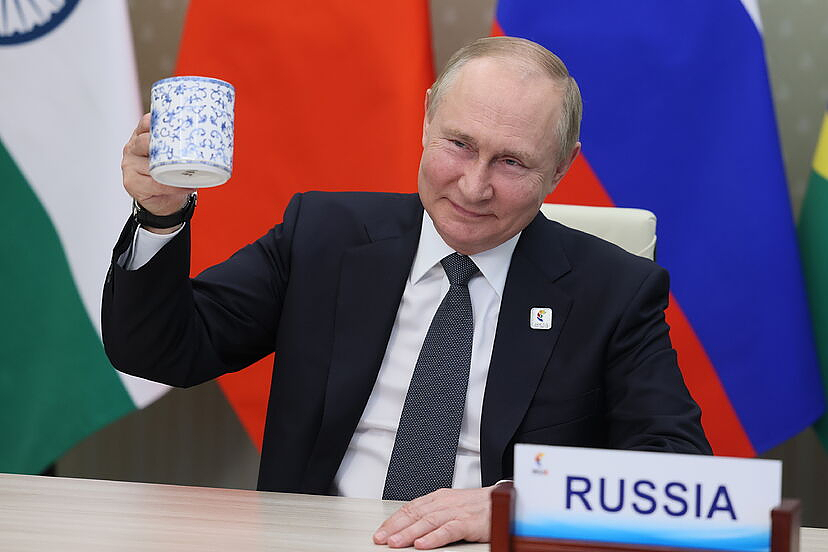 The United States today raises tariffs on more than 570 categories of Russian products worth $2.3 billion and will ban gold imports from Russia, a senior White House official said.

The United States will raise tariffs on more than 570 categories of Russian goods valued at $2.3 billion on Monday and will ban gold imports from Russia, a senior White House official said.

In a telephone conversation with journalists, the source explained that the US president, Joe Biden, and the rest of the G7 leaders, meeting in Elmau (Germany), "will seek the authority to use the income obtained from the new tariffs on Russian goods to help Ukraine and ensure that Russia pays the cost of the war.

The White House said in a statement that these measures will help restrict Moscow's ability to benefit from sales in the US market and "are carefully calibrated to impose costs on Russia, while minimizing costs." against American consumers.

Regarding gold, the Washington government specified that it is going to prohibit new imports of this mineral to the US, "which will prevent Russian participation in the formal gold market," reports Efe. Likewise, the US announced that the G7 will commit to continue efforts to prevent "evasion and replenishment" activities.

Specifically, the US State and Treasury Departments will impose measures against individuals linked to Russian tactics to evade sanctions against Moscow and against companies, which will be prohibited from purchasing US-made products and technologies, in sectors such as that of semiconductors.

In parallel, the G7 will commit to helping kyiv cover "its short-term budget deficit," including $7.5 billion contributed by the US, the US official said.

The White House also anticipated that the G7 leaders will announce new long-term security commitments to "provide Ukraine with financial, humanitarian, military and diplomatic support" for as long as necessary and which will include more defense equipment and sophisticated weapons systems. .

The contest in Ukraine will dominate Monday's sessions at the G7 summit, where Ukrainian President Volodymyr Zelensky virtually addressed leaders gathered in Germany.

‹ ›
Keywords:
EconomíaRusia
Your comment has been forwarded to the administrator for approval.×
Warning! Will constitute a criminal offense, illegal, threatening, offensive, insulting and swearing, derogatory, defamatory, vulgar, pornographic, indecent, personality rights, damaging or similar nature in the nature of all kinds of financial content, legal, criminal and administrative responsibility for the content of the sender member / members are belong.
Related News