The president of the Junta de Andalucía plans to take advantage of the absolute majority harvested in Sunday's elections to promote a battery of tax cuts that gradually bring the taxation of the region closer to the thresholds of Madrid. 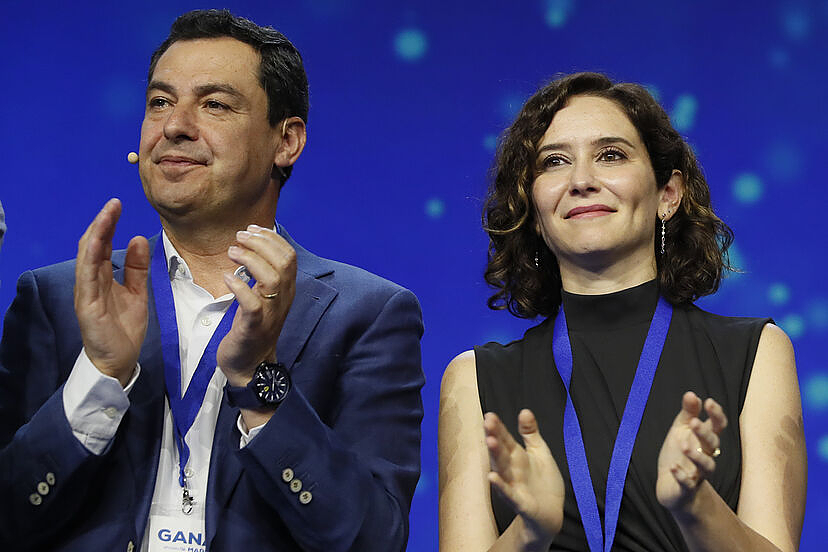 The president of the Junta de Andalucía plans to take advantage of the absolute majority harvested in Sunday's elections to promote a battery of tax cuts that gradually bring the taxation of the region closer to the thresholds of Madrid. The plan goes through deflating personal income tax, reducing regional rates, lowering the tax on Documented Legal Acts, subsidizing Heritage or reviewing Andalusian own taxes to compete with the Madrid economy.

The historic electoral victory of the PP in the regional elections in Andalusia last Sunday, in which it garnered an absolute majority for the first time in the region, has been based in part on the electoral promise of the revalidated president of

‹ ›
Keywords:
EconomíaImpuestosAndalucíaMadridIsabel Díaz AyusoJuan Manuel Moreno Bonilla
Your comment has been forwarded to the administrator for approval.×
Warning! Will constitute a criminal offense, illegal, threatening, offensive, insulting and swearing, derogatory, defamatory, vulgar, pornographic, indecent, personality rights, damaging or similar nature in the nature of all kinds of financial content, legal, criminal and administrative responsibility for the content of the sender member / members are belong.
Related News