The "hot autumn" is expected to bring more price rises for entrepreneurs.

It is possible that the expected rebound in economic activity this summer due to the draw of tourism may be a mirage and lead to a sharp stop at September. 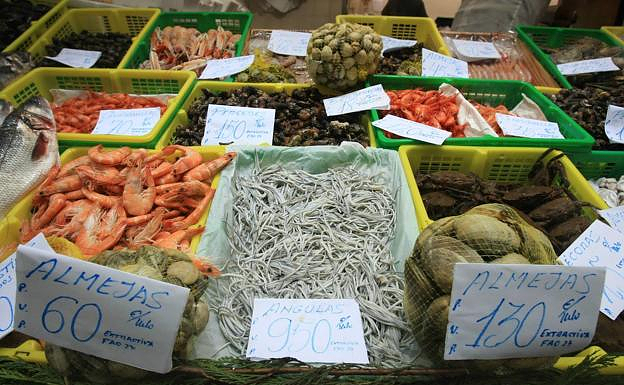 It is possible that the expected rebound in economic activity this summer due to the draw of tourism may be a mirage and lead to a sharp stop at September. More voices are pointing out the "hot autumn", which is why the PwC Economic Consensus decided to reduce its growth forecast for Spain from 4.3% down to 4%. This is below the 4.3% government had also predicted.

This quarterly survey has been prepared by the firm from more than 450 businessmen, experts and managers. It estimates a growth rate of 3% for 2023. In this case, there is a notable drop of nearly nine tenths in comparison to the previous edition.

PwC has confirmed that the impact of the conflict in Ukraine is "threatening to have a severe effect on growth" based on its analysis of the survey results. They add that the rise in energy prices and associated risks of them being transferred to the economy and wages pose a threat to economic activity, employment, and the competitiveness for companies.

Inflation is the greatest problem facing the Spanish economy, according to the results of the survey. The experts' estimate for inflation at the end the year increased by two points in a quarter, from 4.69% up to 6.64%. PwC warns that this forecast is likely to be wrong "if we consider that it was not based on the provisional data for June", and that there has been a historical increase in CPI to 10.2%. Underlying inflation also increased by 5.5% during that period.

The inflationary environment has created a problem in that prices have risen and companies are taking steps to offset the cost increases without reducing their profit margins. The outlook for consumers is not encouraging, as it was predicted by managers. In particular, 63.7% said they expect to see prices rise in the next few months. This percentage is the highest in the entire history of the survey.

According to PwC, "The main cause of the increase in non-salary expenses, primarily those related to energy," is the majority of the responses. This is the explanation of two thirds of respondents. It is significant, however, that 26% of respondents attributed the increase in salary costs to it (from 13% - 26%).

They warn that "This could be a serious indicator of the transfer price and cost increases up the wage chain, raising probability of second-round effect or at the very least, it is a sign to be afraid that this dangerous indirect effect can be achieved.

This is the reason for pessimism regarding future growth. It's also based on "a worsening financial situation of families" and "a fall in both consumption and demand for housing in the next six month, according to 43.5% of those surveyed", which was due to inflation and lower real disposable income.

With this situation and public finances still in significant imbalances, three-fourths of respondents believe that the government must create a long-term and medium-term fiscal consolidation plan.

The least appealing option of all the options is lowering taxes for everyone. Only 23% support this policy as a way to reduce the family's impact on the crisis. They prefer to keep current taxes, and take advantage of inflation's extra collection to reduce the deficit and public debt.

‹ ›
Keywords:
EmpresariosAnticipanOtonoCalienteSubidasPrecios
Your comment has been forwarded to the administrator for approval.×
Warning! Will constitute a criminal offense, illegal, threatening, offensive, insulting and swearing, derogatory, defamatory, vulgar, pornographic, indecent, personality rights, damaging or similar nature in the nature of all kinds of financial content, legal, criminal and administrative responsibility for the content of the sender member / members are belong.
Related News