The Council of Ministers has approved this Tuesday the Food Loss and Waste Prevention project, whose objective is to reduce the waste of unconsumed food in the garbage and favor a better use of these, with measures that include the obligation of the hotel industry to offer its customers leftover food at no additional cost and in recyclable packaging, with a penalty of 2,000 euros. 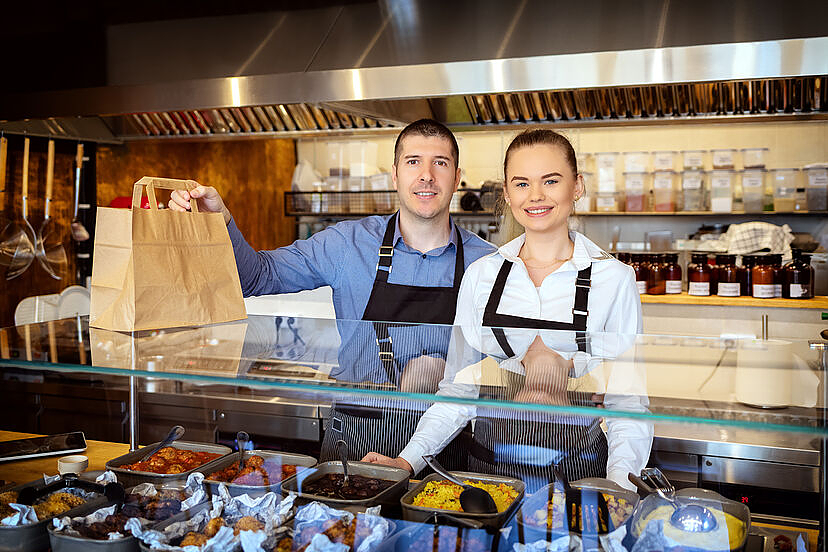 The Council of Ministers has approved this Tuesday the Food Loss and Waste Prevention project, whose objective is to reduce the waste of unconsumed food in the garbage and favor a better use of these, with measures that include the obligation of the hotel industry to offer its customers leftover food at no additional cost and in recyclable packaging, with a penalty of 2,000 euros.

During his presentation at the press conference after the Council of Ministers, the Minister of Agriculture, Fisheries and Food, Luis Planas, highlighted that it is a pioneering legal instrument to "regulate and raise awareness" and to prevent "inefficiency in the food chain" that has economic, environmental and social consequences.

Thus, it has specified that the Government's intention is for the law to enter into force on January 1, 2023 if the procedures and deadlines in Congress and the Senate allow it.

Planas has affirmed that only France and Italy have a similar regulation in the EU and has highlighted that one of the objectives of the norm is to raise awareness, because 40 percent of the loss occurs in stores and in homes and another 20 percent in the food chain.

Thus, he sees the necessary text more in a context that speaks of the "possibility of a food crisis" and the need for food production in the world. "There is hunger and malnutrition in the world and this issue hits everyone's conscience," he reflected.

For this reason, it defends that this legislative project "does not intend to be an interventionist law but rather a regulatory and awareness law", while at the same time insisting on the "fundamental" role that each citizen must play, since the loss of 30 percent of food world level that the FAO wields, in his opinion, must stir the consciences of all.

The text includes measures to prevent food loss throughout the food chain, from harvest to consumption, since all must have a prevention plan that includes a self-diagnosis from which to adopt measures to minimize losses, which in 2020 reached the 1,300 million kilos of food in homes, an average of 31 kilos per person.

The preliminary draft has been submitted to the public hearing process and four participatory forums have been held dedicated to consumers and NGOs, distribution and the HORECA channel, industry and the primary sector.

Thus, the legal text seeks to promote good practices from primary producers, in the harvest and food collection phase, to consumers, at home or in bars and restaurants.

In addition, companies must stipulate the destination of food to avoid its waste under the premise that the highest priority will always be human consumption through the donation or redistribution of food.

To donate surplus food, the chain's agents must sign collaboration agreements with companies, social initiative entities and other non-profit organizations or food banks. In these agreements, the conditions of collection, transport and storage of the products, among other issues, must be expressly stated.

The social initiative entities that are recipients of donations must guarantee the traceability of the donated products through a system for registering the entry and exit of the food received and delivered. They may only allocate these products to the donation, without in any case being able to market them, and they must do so without any type of discrimination between the beneficiaries.

On the other hand, the bill contemplates the transformation of unsold foods but that are in optimal conditions into others such as juices or jams and those that are no longer fit for human consumption.

Planas has pointed out that when food is no longer fit for human consumption, the preference for use will be, in this order, animal feed and feed manufacturing; the use as by-products in another industry and as waste, and the obtaining of compost or biofuels.

The minister assures that consumers will have the "right" to dispose of leftovers that they have not eaten free of charge in hotel and restaurant companies, at no additional cost, except in free buffet establishments, and for this These must have containers suitable for food use, which are reusable or easily recyclable. The goal, according to Planas, is that what is not consumed "does not end up in the garbage, that is an unacceptable loss."

On the other hand, bars and restaurants that anticipate that certain products will not be able to be sold to the public must establish agreements or plans with NGOs or food banks regarding their use.

Another measure is that commercial establishments have sales lines for "ugly, imperfect or unattractive" products; promote the consumption of seasonal, local or organic products and encourage the sale of products with a preferred consumption or expiration date next, according to the hierarchy of usage priorities.

The minister added that the Government will adopt policies to adapt best-before dates to waste prevention with training and dissemination actions and will encourage the food chain to adjust the best-before dates of its products to the maximum that guarantees adequate quality.

Now the Government will have to draw up a Strategic Plan that will be renewed every four years at the proposal of the Ministries of Agriculture, Fisheries and Food; Social Rights and 2030 Agenda; of consumption; Ecological Transition and Demographic Challenge; of Industry, Commerce and Tourism; Social Inclusion and Migration and Foreign Affairs, European Union and Cooperation, which will define the general strategy against food waste and the guidelines and structure to be followed by the autonomous communities in their actions in this area.

As for the sanctioning regime of the future regulation, it will be considered a serious offense not to have a prevention plan that will be sanctioned with between 2,001 and 60,000 euros. A minor infraction, which will be sanctioned with fines of up to 2,000 euros, will be, for example, not applying the hierarchy of priorities or that retail distribution companies and hotels and restaurants do not donate unsold products that are suitable for the human consumption through a pact or agreement. Another minor infraction will be the refusal to collaborate with the administrations to quantify food waste.

Finally, very serious offenses may be sanctioned with between 60,001 and 500,000 euros of fine, the second or subsequent serious offense committed within a period of two years will be considered.

The draft law was approved in first reading by the Council of Ministers on October 11, and was subsequently submitted to the public hearing process. The legislative initiative contains 18 articles structured in six chapters: general provisions; obligations of the agents of the food chain; good practice measures; rationalization of best-before dates; instruments for promotion and control; sanctions regime. It also consists of an additional layout and three endings.