The business climate is picking up very sharply in June, according to Insee

The business climate in France has improved "very significantly" in June after the déconfinement, recording a record rebound, but it is still a gradient due t 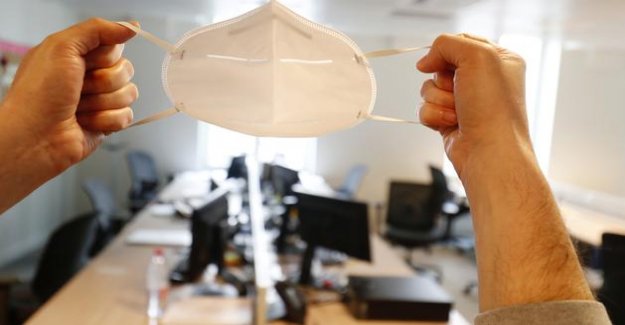 The business climate in France has improved "very significantly" in June after the déconfinement, recording a record rebound, but it is still a gradient due to the crisis of the sars coronavirus, said Wednesday morning the Insee.

read also : Covid-19: the indebtedness of the companies, a threat to the banks

This synthetic indicator, calculated from the answers of business leaders of the main sectors of commercial activity, has experienced its biggest monthly increase since its launch in 1980, reaching 78 points in June, said the national statistics Institute in a press release.

"On the expected sales in the trade and repair motor vehicles, the balance of opinion sprang up in June after having started to recover in may, details the Insee in its note. This balance returns well above its average. In the retail trade, the outlook for sales to be lighter also : the corresponding balance rises again, much more clearly than in may, both in the trade generalist than in the specialist trade."

read also : health Rules in the workplace : what is contained in the new protocol to be published soon

Much less pessimistic than last month, business leaders are advancing the balance of opinion on the general business outlook of the sector, the intentions of the order and the expected sales.

declarations of hirings on the rise

Acoss is also a carrier of good news. According to a note of the national fund of the network of the Urssaf, the number of declarations of hiring more than one month, excluding acting capacity, increased 75.9% in the month of may, after a fall of 64.2% in the previous month. This increase of declarations of hiring more fixed-term contracts (+91,7%) and CDI (+61.8% in).

On the other hand, the wage bill subject to social security contributions in the private sector decreased to 2.9% in the first quarter of 2020 (- 10.1% over the single month of march), after an increase of 0.7% at the end of the fourth quarter of 2019. "This decline is primarily the result of the decrease of 2.7% of the average wage per head, particularly explained by the massive use from mid-march to the part-time workers, whose compensation is not subject to social security contributions," says Acoss.

see also - How long will the economic crisis