"Kick the managers costs a billion" "100-150 kommunchefer terminated each year." "During the last five years, Swedish municipalities have put over a bil "Kick the managers costs a billion"

"During the last five years, Swedish municipalities have put over a billion dollars to do away with the bosses."

"Every year, said between 100 and 150 managers up with severance pay, according to Today's News estimates."

"the Cost mainly affects the small municipalities hard. Each dismissed manager costs between one and two million kronor, according to estimates from the Swedish, SSR and SKTF." 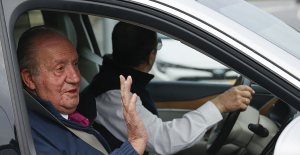 A fleeting and awkward return