For the economic recovery, Facebook wants to convert more French companies in the digital

The social network Facebook, which has recently initiated a system of "turnkey" online store, will launch Monday a program of training to digital intended for 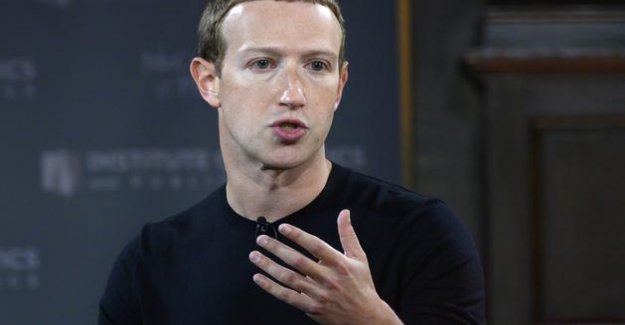 The social network Facebook, which has recently initiated a system of "turnkey" online store, will launch Monday a program of training to digital intended for VSES and SMES in france.

read also : Facebook will block the adverts on State media

In detail, 100 training courses, developed in partnership with Prestashop and Shopify, will be available free of charge until the end of the year on an online platform within the framework of an initiative to "stimulate the recovery of small and medium-sized enterprises" (SMES), explained Facebook to the AFP.

The platform will also provide access to a diagnostic tool that allows the entrepreneurs to assess their degree of adoption of digital tools. At the same time and on the occasion of the summer holidays, Facebook is going to launch, with the French start-up Mapstr, a collaborative map that allows you to get recommendations and information on tourism businesses in the country.

France is "lagging behind in terms of digital competitiveness" compared with its european neighbours, says the u.s. firm, based on the results of a study commissioned to the institute Ipsos. According to this study, which cites the agency Eurostat, France is ranked 21st among european countries on the share of online sales by SMES. "82% of French people aged 16 years and over bought at least once online year, but only 16% of French SMES selling online", said to AFP, the boss of Facebook for southern Europe Laurent Solly, trying to contribute to fill this "gap".

"25% of bosses of SMALL and medium businesses say they have a lack of skills in the face of the digital transformation. If these people have a very poor digital competence, we must provide solutions", he continued. The giant of social networks is now deploying a new tool, called "Facebook Shops", which allows brands to create a "store". The SME users will have the option to pay for ads that direct consumers to this kind of "showcase" custom".

Facebook had also announced in march a program of donations of $ 100 million to help SMES in the world to address the epidemic of coronavirus. While this aid has not yet been distributed in France, Facebook "hope to get to a point where over the course of the month of June," assured Laurent Solly.

read also : In turn, Facebook put on a sustainable telework

Facebook claims to be used by 38 million French and 50% of micro-enterprises/SMES in France, primarily for their communication needs.

The editorial team conseilleEn April, the French have more than ever used WhatsApp, Facebook and YouTubeLa people are angry at FacebookMalaise in Facebook, which refuses to police the messages TrumpAucun commentairemachin-chosesle 07/06/2020 13:24

The Libra in Geneva will boost Europe as the cluster of companies blockchain in Zug, switzerland, near Zurich it is desert EU.