Coronavirus : why certain events are allowed and other not

Why was the amusement park Disney Land does it remain open while the semi-marathon of Paris could not be held ? Why the matches of League 1 are they maintained 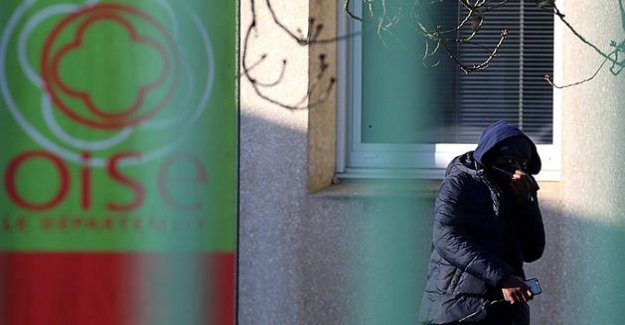 Why was the amusement park Disney Land does it remain open while the semi-marathon of Paris could not be held ? Why the matches of League 1 are they maintained so that the largest literary event in France is cancelled ? The lack of uniformity apparent in the measures of prohibition of gatherings of debate, supplying false information and distrust vis-à-vis the authorities. The Figaro reports on the criteria and reasons used by public authorities to prohibit certain events.

So that "clusters" - areas where at least two cases of Covid-19 are listed in the same place - are on the rise in France, the government has announced the last weekend of the measures to stem the spread of the virus. Between the concerts cancelled, the matches will be held and a market vacated a few meters from a supermarket remaining open, the French have, however, reasons to question the criteria adopted by the authorities.

first of All, you should know that some of the measures in stage 1 (when the virus is not circulating within the territory), as the implementation quatorzaine the return of a high-risk area, have been abolished because they no longer correspond to the mode of transmission of the virus. In fact, it is now present in various places in France.

read also : Coronaviruses: Macron announces the requisition of the stocks and of the production of masks

The measures of the stage 2, which is currently in force, are more restrictive. Throughout the territory, the raising of 5000 people in a confined space are totally banned. A measure that aims for the most part concerts and shows and for a few hundred theaters in France, according to Prodiss, the national union of musical and variety. The entrepreneurs of the show are the first concerned about the organisation of their activity and the lack of clarity surrounding the bans. However, the threshold of 5,000 seats is not always reached, which may explain, for example, that the concert Matt Pokora at Zenith de Paris is cancelled while that of Claude Capéo march 14, is, for the time being, still relevant.

In the department of the Oise, the first focus of infection, all gatherings collectives are banned "until further order". It is in this case not only to groups of 5000 people, but of "all public events," says the Figaro, the Directorate-general of Health. "Even marriages" are prohibited, said Sibeth Ndiaye, the spokesman of the government, at micro franceinfo Monday. In summary, the prohibition of all public events, regardless of their nature, shall apply in all "clusters" have been identified. Go to the cinema or even the restaurant is also - as recommended - not recommended to the inhabitants of these foci of infection Covid-19.

decisions on a case-by-case

specific criteria, so, who go along with assessments on a case-by-case basis : "the prefects can also cancel the rallies, including in the open environment when they lead to mixtures with individuals from areas where the virus circulates, possibly," says the general Directorate of Health (DGS) in the Figaro.

This is how the government justifies that the meeting Lyon-Saint-Etienne and other ligue 1 have been retained, whereas the semi-marathon de Paris has been cancelled by order of the prefect. "One in five came from abroad for the marathon," said the Health minister, on BFMTV. Is a condition favorable to the brewing of populations. "In addition, the start of a marathon is a time of containment. The riders stand side by side for several kilometers, they spit, they cough, and they may as well release the virus by "droplets"", he detailed. While at a game "people are sitting in the stand and can practice the gestures of a barrier", namely, to cough into his elbow or avoid physical contact. "The meeting took place in an area where the virus does not circulate, except for a cluster in the Haute-Savoie. A football stadium is open air, and in this case there was no risk of transmission of the virus through the air ", has justified Sibeth Ndiaye, spokesman for the government, at the microphone of franceinfo. Concerning the opening of Disneyland, "of course the people in the tails can be confined but also here they can apply the gestures of protection", has defended Olivier Véran.

An arbitration on a case-by-case basis, so, that explains that an event outdoors has been banned in Paris, a city which, however, is not considered to be at risk. Even if the measures are officially much more drastic in the regions where the virus circulates, the final assessment is left to the prefect and the mayor. For gatherings with at least 40 000 people, it is the ministry of the Interior, which is competent to authorise or not the holding of the event, indicates the DGS.

see also - Coronavirus: no restriction on the matches of football and rugby, says Roxana Maracineanu