Yes, there really is mountain addiction!

Feelings of happiness at the summit? All well and good, but there is also “too much” in mountaineering. 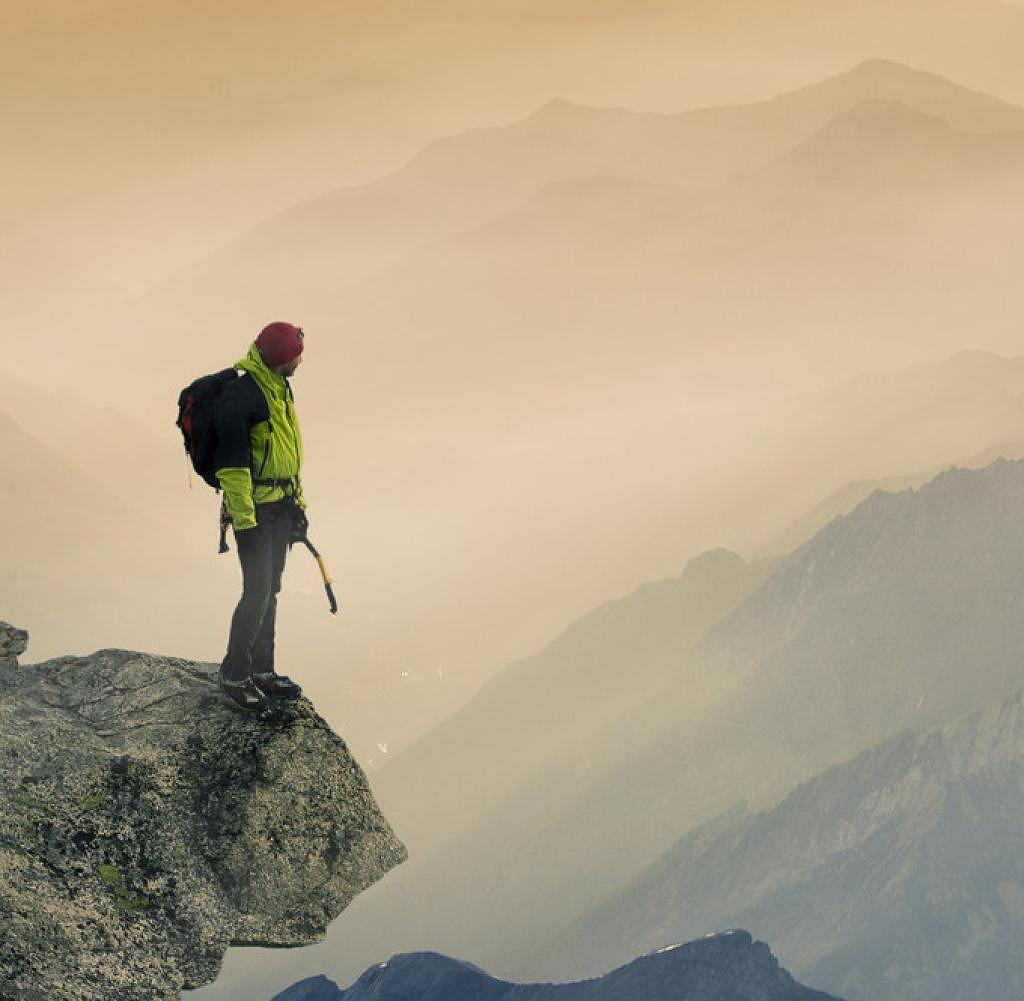 Feelings of happiness at the summit? All well and good, but there is also “too much” in mountaineering. Outdoor sports generally have a positive effect on physical and mental health - but can be addictive. This is the conclusion of a study from Innsbruck. In an interview, neurologist Katharina Hüfner, who was involved in the study, talks about the reputation of the mountain, the search for a kick and extreme mountaineers who drink.

WORLD: Do I have to worry if I like to go hiking in the mountains a lot?

Katharina Hüfner: I can reassure you: Hiking and the mountaineering that we examined are very beneficial for physical and mental health. What we have studied are people who really go to the mountains a lot and whose life revolves around mountaineering and climbing as many peaks as possible, maybe even every day. People who feel the urge to have such experiences all the time, and who even have withdrawal symptoms when they can't give in to the urge.

WORLD: What did you find out?

Hüfner: We actually found out that about a quarter of the 335 regular and extreme climbers surveyed showed signs of addictive behavior. Yes, there really is mountain addiction! The lives of these people are so focused on activity that they neglect other areas of life.

More than 70 percent of mountain addicts go mountaineering at least three days a week, about 24 percent even climb the mountain five days a week. But it's not just about frequency. These people also show other criteria of addiction, such as a steady increase in dose to satisfy their inner urge.

Nor do they reduce mountaineering when external circumstances such as injuries or poor conditions would suggest it. The addiction goes hand in hand with increased values ​​for "sensation seeking", i.e. the search for the stronger kick, but also with the willingness to take risks and consciously expose oneself to dangers.

WORLD: Mountain addiction sounds like a disease, but is it healthy and advisable to move in the mountains?

Hüfner: What we are describing are actually symptoms that are similar to a mental illness. It's not about health aspects, but about addictive behavior, the dominant striving to reach as many peaks as possible. It's always about the dose. After all, not everyone who enjoys a beer is an alcoholic.

To stay with the well-known image: When the mountain calls, it's sometimes okay to answer "No!". But as a keen mountaineer, it is very important for me to point out that outdoor activities - especially in alpine surroundings - basically have a very positive effect on body and psyche.

WORLD: How did you set up the study?

Hüfner: We carried out an online study at the Medical University of Innsbruck with the participation of the Technical University of Munich among regular and extreme mountaineers. We reached the 335 participants from Germany, Austria, Switzerland and Italy primarily through the alpine clubs. To do this, we used questionnaires that are used in a similar form for other behavioral addictions. In 88 participants, i.e. almost a quarter of those questioned, we were able to identify signs of "mountain addiction".

WORLD: What abnormalities did you encounter during the study?

Hüfner: The group of "mountain addicts" also showed significantly higher levels of personal stress, symptoms of anxiety disorders and depression, eating disorders, and other addictions such as alcohol or drug addiction.

WORLD: This contradicts the common image of the nature-loving Luis Trenker mountaineer, who is powerful and tanned and collects summit experiences.

Hüfner: That's right, the prevailing image of the healthy, strong mountaineer doesn't always apply. We were also amazed at how many of the people with evidence of "mountain addiction" also have these symptoms from other mental illnesses.

However, it is also possible for mountaineers with depression or alcohol addiction to use mountaineering as a kind of “self-therapy”. Perhaps they take advantage of mountaineering's positive effects on mood and physical well-being, and sometimes overshoot the mark in the process.

We have seen that "mountain addicts" seek meaning in this activity even more than other climbers. They enjoy being autonomous, making their own decisions, having a high level of self-control and feeling more psychologically stable as a result. Seen from a summit, the problems in the valley are just a little smaller.

WORLD: How do you know for yourself that the mountain passion exceeds the normal level and threatens to become morbid?

Hüfner: Signs of addictive behavior are always conflicts with family or friends who criticize the extent of mountaineering. For example, if the mountaineer constantly neglects his partner, his children or his work because he simply wants to use every free minute for mountaineering. You should also be suspicious if, despite illness or injury, you give in to the strong urge for the next kick through a summit experience, i.e. if you put your own health at risk.

Do not get me wrong. I love the mountains and mountaineering, exercise in nature is one of the healthiest things people can do for themselves. But precisely because mountaineering is such a unique and fulfilling activity, it also has the potential for addiction: you just want to experience this feeling of happiness over and over again.

The neurologist and psychiatrist Katharina Hüfner has been researching and teaching at the University Clinic for Psychiatry II in Innsbruck since 2013. Her clinical focus is on stress and trauma disorders. She researches the influence of physical activity and the alpine environment on mental health and the effects of exposure to altitude on psychiatric symptoms and diseases. Hüfner is an enthusiastic mountaineer herself.

‹ ›
Keywords:
BergsteigerBergsteigenOutdoorreisenWandernTrekkingSüchteKatharina HüfnerStefan WagnerInnsbruckGesundheitEntzugserscheinung
Your comment has been forwarded to the administrator for approval.×
Warning! Will constitute a criminal offense, illegal, threatening, offensive, insulting and swearing, derogatory, defamatory, vulgar, pornographic, indecent, personality rights, damaging or similar nature in the nature of all kinds of financial content, legal, criminal and administrative responsibility for the content of the sender member / members are belong.
Related News