"Yellow vests" nasses in 2019 in Paris: a judge will investigate the maintenance of order Lallement version

Extremely rare fact, this magistrate will examine the legality with regard to criminal law of the overall management of this demonstration, while justice is usually only interested in individual practices such as litigious shots from the launcher of defensive balls ( LBD). 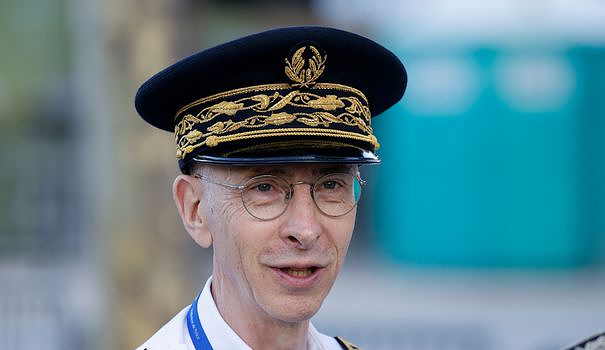 Extremely rare fact, this magistrate will examine the legality with regard to criminal law of the overall management of this demonstration, while justice is usually only interested in individual practices such as litigious shots from the launcher of defensive balls ( LBD).

Denounced in this complaint, the "trap", which consists of surrounding the demonstrators and keeping them within a given perimeter.

This technique has been handed over by several French authorities. The Defender of Rights thus recommended in mid-2020 to put an end to this "encagement" which leads "to deprive of liberty of people without a legal framework".

And in June 2021, the Council of State canceled several provisions of the national law enforcement plan (SNMO), including those concerning "the trap", forcing the Ministry of the Interior in December to supervise and limit the use to this technique.

At the origin of this complaint, initially filed in June 2020 against Didier Lallement and against X for "arbitrary attack on individual freedom", "obstructing freedom of demonstration" or "endangering others", two co-organizers of the demonstration of November 16, 2019, Priscillia Ludosky, 36, and Faouzi Lellouche, 56.

That day, several hundred people gathered at midday in Place d'Italie in Paris to celebrate the first anniversary of the mobilization of "yellow vests".

The procession was to leave at 2:00 p.m. but at 2:19 p.m., the police headquarters asked for the "cancellation" of the demonstration because of "exactions". Twenty-two minutes later, the "yellow vest" Manuel Coisne lost an eye following a police tear gas canister. The stele of Marshal Juin, in the center of the square, is degraded.

Present on the scene, the prefect of police is illustrated by an exchange that has become famous. To a "yellow vest" who challenges him, Didier Lallement replies: "we are not on the same side, madam!".

Supported in particular by the League of Human Rights (LDH), which had observed "serious attacks on freedoms" that day, Ms. Ludosky and Mr. Lellouche accuse the prefect and his institution of having fueled confusion and anger by announcing the cancellation of the demonstration after its start, then ordering the security forces to surround the square and repress the rally, preventing it from coming to an end, causing many injuries.

"A three-hour open-air custody", according to them.

In mid-December 2020, according to elements of which AFP was aware, Rémy Heitz, then Paris prosecutor, responded to the complainants.

He dismissed their complaint "with regard to the elements (...) requested" from the police headquarters which showed, according to him, the "limited operational choices available to the police (...) and the particular context in which law enforcement intervened."

Even before Mr. Heitz's response, the two demonstrators requested by a new complaint the appointment of an investigating judge.

Requested this time for an opinion, the Paris prosecutor's office maintains its opposition to an investigation, taking in October 2021 rare requisitions for the purpose of not informing.

Taking up in extenso Rémy Heitz's argument based essentially on the elements provided by the police headquarters, a prosecutor justified "that no criminal qualification could be retained".

But in an order consulted by AFP, a Parisian investigating judge ignored these requisitions on August 31 and decided to launch investigations into these facts which "can legally admit a criminal qualification".

"My clients are pleased that a judicial investigation is actually opened and can shed light on these practices, in particular that of the trap," he said.

Asked, the police headquarters did not react immediately.