After the news of Benedict XVI's poor health. 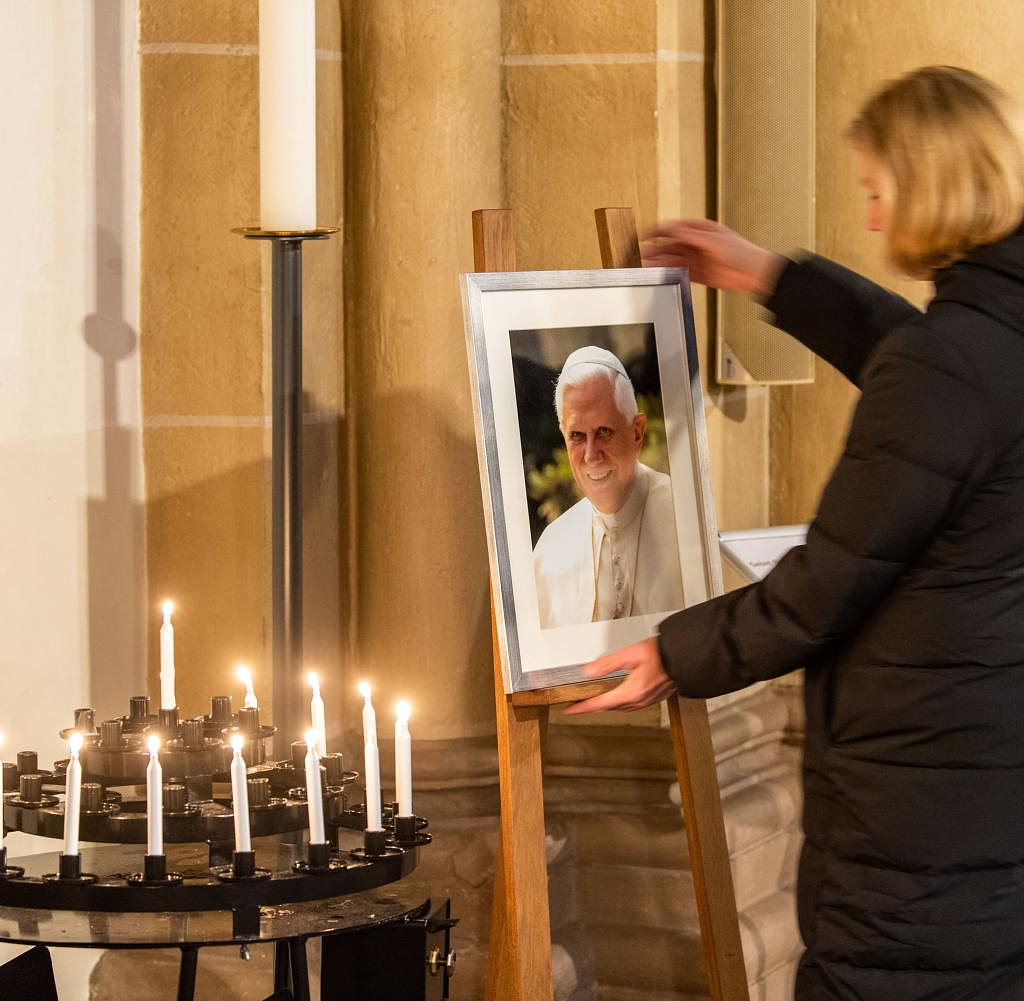 After the news of Benedict XVI's poor health. is prayed for the Pope Emeritus in many churches and dioceses worldwide. The incumbent Pope Francis had asked the faithful in a short speech at the general audience on Wednesday because Benedict was "very ill". The call was followed by high clergymen and parishes on several continents. The US Bishops' Conference, for example, published a prayer for the 95-year-old Benedict on Instagram; the chairman of the French bishops' conference also commented on social media.

In Germany, Cologne's Archbishop Rainer Maria Woelki — whom Benedict made cardinal in 2012 — joined the call to prayer, as did other clergy. Among them were Georg Bätzing, the chairman of the German Bishops' Conference and Bishop of Limburg, the Archbishop of Munich and Cardinal Reinhard Marx, and Bishop Rudolf Voderholzer from Regensburg.

Joseph Ratzinger – as Benedikt was called by his real name – had taught at the university in Regensburg; his brother Georg died there in July 2020. In Benedikt's Upper Bavarian birthplace of Marktl am Inn, Franz Haringer, the theological director of Ratzinger's birthplace, lit a candle for the ailing Papa Emeritus.

Shortly before his brother's death, Benedikt was last in Germany; after that he retired permanently to the monastery Mater Ecclesiae in the Vatican Gardens. Age was making itself felt there. Benedict became physically weaker and had increasing difficulties, for example with speaking.

According to the Holy See, Benedict's age-related condition has recently deteriorated; the Ansa news agency reported that the 95-year-old had had breathing problems for a few days. But the Vatican said the situation was "under control" and that Benedict was being constantly monitored by doctors. According to reports, however, he did not want to be taken to a hospital.

In many parts of the world, people and above all the spiritual superiors commemorated the former pope: from the archbishop of Sao Paulo to the cardinals of Washington and Boston to the archdiocese in Rome, who had presided over Benedict during his time as pope.

Benedict was Pope from 2005 to 2013 before he decided to retire from the pontifical office. Before that, the German, known as a brilliant theologian, was prefect of the Congregation for the Doctrine of the Faith and thus the supreme guardian of the faith of the Catholics for more than two decades. Many critics accuse him of not having sufficiently opened up the church through his conservative attitude. In addition, the revelations about abuse scandals - for example during the time as archbishop in Munich and Freising - cast a shadow over his vita.

‹ ›
Keywords:
NewsteamBenedikt XVI.(Papstgeb.1927)
Your comment has been forwarded to the administrator for approval.×
Warning! Will constitute a criminal offense, illegal, threatening, offensive, insulting and swearing, derogatory, defamatory, vulgar, pornographic, indecent, personality rights, damaging or similar nature in the nature of all kinds of financial content, legal, criminal and administrative responsibility for the content of the sender member / members are belong.
Related News