Working with cancer, a major challenge for employees and companies 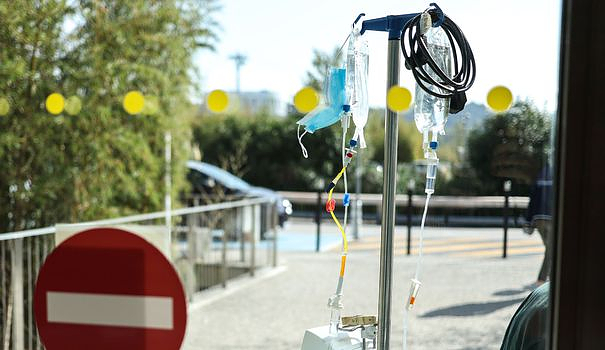 "Every year, nearly 400,000 people learn that they have cancer. Among them, 40%, that is to say 160,000 people, are in employment", recalls Norbert Ifrah, president of the National Cancer Institute (INCa) at the origin of the symposium "Living and working with cancer" which was held this week in Paris.

“It is time to work on this subject collectively”, especially since today, survival is progressing and that “at least 60% of adults with cancer recover”, he continues.

But if working contributes to improving the quality of life and makes it possible to keep "the feet in reality", as Marie, suffering from breast cancer, points out in a video testimony broadcast during the conference, reconciling the disease with the job remains complex. One in five people employed at the time of diagnosis are no longer working five years later.

Stigma with the idea among some colleagues that "it's possibly contagious", "clumsiness", but also after-effects... the obstacles are numerous.

"I had not anticipated that I would be so tired", testifies for her part Marie Mendelsonn. She was diagnosed with "rare" cancer in the fall of 2018. Returned after three months in her company, she was on part-time therapy for a year and then on disability.

On behalf of the association “Entreprise et cancer”, Nathalie Vallet-Renart notes that “80% of employees resume activity within two years of the announcement of their cancer” but some prefer to keep their situation silent for fear of having “ the label cancer" or by "need a space where they are not associated with this disease".

However, this figure of 80% says nothing about the conditions for recovery in companies where for managers, caught in “tension between performance and vulnerability”, it is “complicated”.

For Véronique Batteux, diagnosed with breast cancer at the end of 2017, things did not go well.

From the start, she "very badly" communicated with her employer, an SME in road transport, minimizing her situation. She returned to work without her doctor's consent, because, she says, "guilt" comes as soon as the announcement is made.

"The world of work is a world of healthy (...). It's if you're not well, just stop", a "binary" vision while "It's not as simple as that", notes this woman still in treatment.

In the end, she left her job "death in the soul" because she "did not operate the levers" on which she had "no information".

Today, she believes that "a successful return to work is everyone's responsibility", including the sick.

Another witness evokes managers who "royally looked down" each time they met her.

For the experts from the administrations or large associations in favor of the employment of disabled workers, such as Agefiph, it is necessary to make the support systems better known: therapeutic part-time, "supervised trial", adaptations of workstations, work time...

Solenne Taocali, of the General Directorate of Labor (DGT), notes a "new impetus" since the occupational health law of 2021, citing in particular the "liaison meeting", non-medical, which makes it possible to "maintain a link" during the work stoppage.

The Covid-19 has also brought out solutions such as teleworking. But beware of the risk of "dissolution of the working community", points out Thierry Breton, director general of INCa.

"There is no magic formula" for "bringing a little intimacy into the company", it is "little things that must be built", he believes, insisting on the need for support companies, especially SMEs, which "do not necessarily know how to do" when faced with these "delicate" questions.