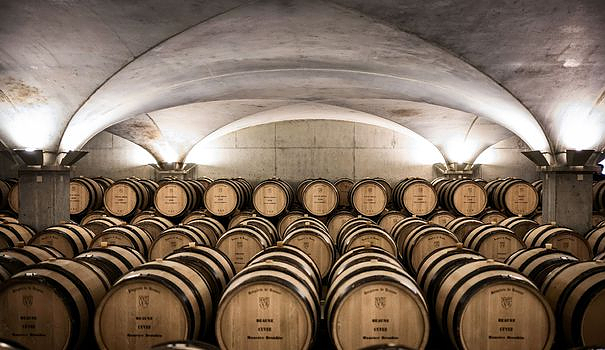 "17,000, 18,000, 19,000...", the numbers roll with frenzy in the voice of the auctioneer Pierre Mothes while, among the some 800 buyers gathered under the Halles of the capital of Burgundy wines, the numbered plates rise one after the other.

"Adjushed", launches the commissioner under the hammer blows, obviously not having a minute to lose.

This is because, this year, the number of lots is reaching new heights. 802 pieces (as barrels are called in Burgundy) are up for grabs, not far from the highest of 843 lots dating back to 2018.

The harvest was indeed abundant in 2022 in Burgundy, the heavy rains of June having enabled the vines to resist the summer drought well to the point of forming an "exceptional" vintage.

“We have gone from one extreme to the other: from the 2021 vintage, the smallest for 40 years, to a very abundant vintage”, sums up Amayès Aouli, European director at Sotheby's Wine, organizer of the sale.

The 2021 vintage had indeed been cut in half by a devastating spring frost. Only 356 casks had been offered for sale that year, something unheard of since 1977.

The abundance of the 2022 harvest has unleashed forecasts of new records, which these auctions have not stopped breaking since their creation in 1859.

The previous all-time high only dates from 2018, with EUR 13.97m (excluding fees). Nobody dares to make a prediction but an official of the organization admits, on condition of anonymity, to be certain that this number will be beaten. "15 million euros would be a disappointment," he said, predicting an amount rather close to 20 million, or even exceeding it.

"We feel the appetite of buyers," confirms Mr. Aouli again. "After the Covid years and the travel restrictions, a lot of customers came from afar," he adds.

China's Lin Legun, a buyer for clients in the Middle Empire, is one of them. Burgundy wines are of "enormous" interest to the Chinese, she explains to AFP. "And when Asia begins to love a rare product...", she continues in an allusion to the recent surge in prices.

"The demand for Burgundy wines continues to increase", adds Marie-Anne Ginoux, director of Sotheby's France, who points out that her house established a record amount of wine sales in 2021, at 132 million dollars, made almost half by Burgundies.

The "presidents' room", a prestigious cask traditionally dedicated to a work other than the Hospices, had also reached an unprecedented price, at 800,000 euros, against 780,000 in 2020.

This year, "we are going to spend the million", assured the host Flavie Flament, one of the stars who came to push the auction, with the actor Benoît Magimel.

The proceeds from the sale of this piece will be reserved for the Princess Margot and Vision du Monde children's aid associations.

The proceeds from the other batches are intended for the equipment and renovation of the four hospitals and six nursing homes, i.e. a thousand beds, which are currently grouped together by the Hospices Civils.

The latter do not receive any aid from the State for these expenses, which are therefore entirely financed by the vines given to the Hospices since their foundation in 1443, with the aim of helping the "sick poor", as they said in the Middle Ages. -Age.

Over the centuries, the wine estate has thus reached 60 hectares, counting among the most prestigious wines in the world.