It is a hard-fought agreement under the aegis of the UN and Turkey on July 22, 2022 in Turkey, in Istanbul. 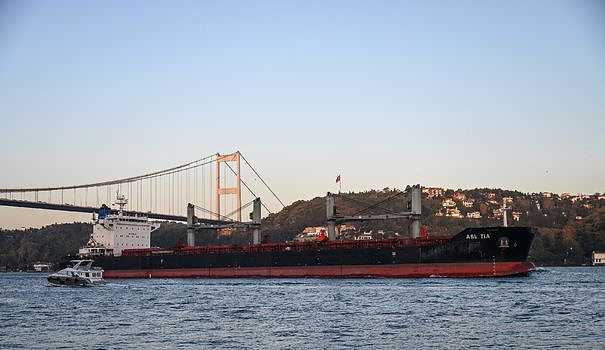 It is a hard-fought agreement under the aegis of the UN and Turkey on July 22, 2022 in Turkey, in Istanbul. It is considered essential to avoid a new rise in prices and that millions of people suffer from hunger. The agreement on grain exports has made it possible to deliver nearly 10 million tonnes of Ukrainian grain, through the opening of a secure maritime corridor in the Black Sea. But it expires on Saturday November 19 and is in the minds of all the members of the G20 who meet from Tuesday November 15.

Moscow casts doubt on a possible extension of this agreement, from which it had briefly withdrawn at the end of October-beginning of November. Vladimir Putin now finds himself under pressure to extend the existing agreement. What the G20 ardently wishes, according to the draft press release consulted by AFP.

Volodymyr Zelensky, at the head of one of the main producers of wheat, corn or sunflower oil in the world, pleaded at the same time this Tuesday before the G20 for an "infinite" extension of this famous agreement. “Our initiative for grain exports deserves to be extended indefinitely, no matter when the war ends,” he said by videoconference behind closed doors before the Bali summit. He also proposed that the agreement be extended to two other Ukrainian ports.

The day before, before the G20 summit, Antonio Guterres considered "essential for world food security" this agreement allowing the export of Ukrainian cereals. “We must act urgently to avert starvation and hunger in a growing number of places around the world,” the UN secretary-general warned at a press conference. "The Black Sea Grains Initiative and efforts to ensure that Russian foodstuffs and fertilizers can flow to world markets are essential to global food security," he said.

Antonio Guterres, however, called for "doing more" to promote supplies of agricultural fertilizers, of which Russia is a major exporter. He further welcomed the lower prices in the markets, noting that “every percentage serving reduces hunger and saves lives.”

The Russian invasion has severely disrupted harvests and grain exports from Ukraine, and caused the prices of many foodstuffs to soar both in the country and in the rest of the world, despite the agreement reached in July. The multi-party control mechanism put in place has since made it possible to export 10.2 million tonnes of cereals and food products from Ukraine, to lower prices on the world market and to supply certain countries, which urgently need feed starving populations.

On the other hand, the section on Russian exports has remained more or less a dead letter - to the great displeasure of Moscow, which sees double standards in this - despite discussions last week in Geneva, Switzerland, between senior representatives of the UN and Moscow.

“The participants also remain committed to the implementation” of this agreement “and held “constructive discussions on its continuation”, indicated Friday November 11 a press release from the UN, published at the end of the meeting between the Secretary-General of the United Nations Conference on Trade and Development (Unctad), Rebeca Grynspan, the head of the UN humanitarian agency, Martin Griffiths, and Russian Deputy Foreign Minister Sergey Vershinin. world cannot afford to let global fertilizer accessibility issues become a global food shortage," the statement said.

The two senior UN representatives, very involved in these delicate negotiations, "informed of the initiatives taken to facilitate payment, insurance and access to the ports of the European Union for cereals and fertilizers", underlines the press release.

While the economic sanctions that have hit Russia since its invasion of Ukraine on February 24 have spared fertilizer and cereals, the fear of accidentally crossing a red line and finding yourself on the wrong side of the law is paralyzing transporters and exploding Insurance premium. So many stumbling blocks that Rebeca Grynspan and Martin Griffiths are trying to overcome. They briefed the Russian side "on recently issued general licenses, destinations of fertilizer shipments to developing countries" and "on (the UN's) continued engagement with the private sector and member states", underlines the press release.