Due to serious damage to the concrete tower, a new wind turbine with a hub height of 164 meters was blown up in Jüchen in North Rhine-Westphalia on Sunday. 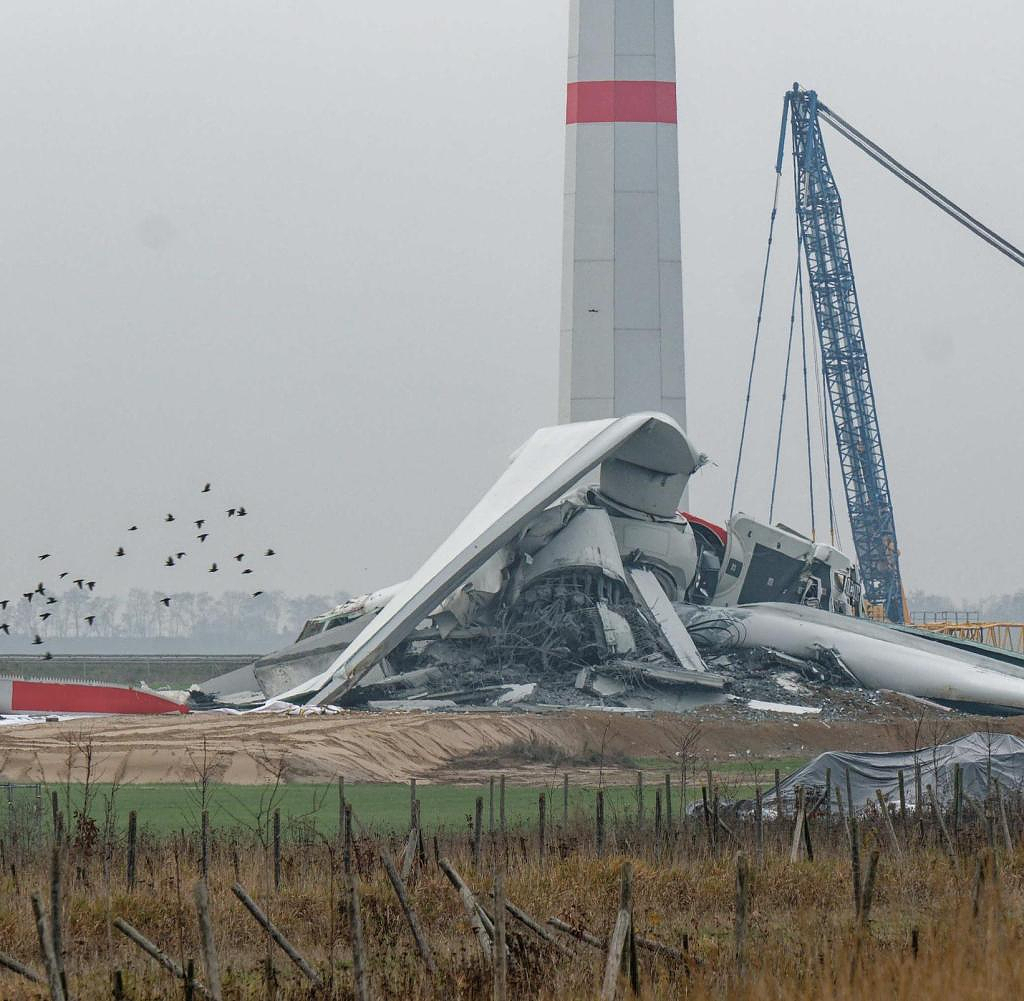 Due to serious damage to the concrete tower, a new wind turbine with a hub height of 164 meters was blown up in Jüchen in North Rhine-Westphalia on Sunday.

The wind farm's wind turbines have been idle for months for safety reasons after an identical wind turbine collapsed in Haltern in the Ruhr area last autumn. The wind turbine was completely destroyed. Damage to the tower of one of the six systems was also found in Jüchen. The systems in Jüchen had not yet been handed over to the three operators at the time of decommissioning. This was actually planned for the end of 2021.

After the dismantling in the coming year, six new systems with a total output of 27 megawatts are to be built on the wind farm site, as the Hamburg-based wind turbine manufacturer Nordex and the future operators - RWE, the city of Jüchen and the energy supplier New - announced on Sunday. They are to produce green electricity for 26,000 households. The wind farm is located on a recultivated area of ​​the Garzweiler opencast lignite mine. For the blast on Sunday morning, Autobahn 44 was completely closed in both directions.

The systems are among the largest onshore wind turbines in Germany. They have a hub height of 164 meters, the rotor blades reach a height of up to 239 meters. For comparison: the towers of Cologne Cathedral are around 157 meters high.

Nordex announced in September that weak points in the prestressed concrete were responsible for the collapse in Haltern. The tower was manufactured and erected by a supplier company that Nordex says has since parted ways. 18 other identical turbines, all in Germany, were stopped by Nordex after the collapse in Haltern. According to the information, the replacement of the concrete towers at these plants has already begun. Nothing was said about the costs, but it was emphasized that components such as the rotors, hub and nacelle should be reused in the new wind farm.

According to RWE, the wind farm is in the commissioning phase. At the end of 2021, the manufacturer should hand it over in full to RWE and its partners.

‹ ›
Keywords:
NewsteamWindräderWindkraftanlagenRWENRWKölner DomReiseJüchenNordexWindradBetonturmNabenhöheAnlagen
Your comment has been forwarded to the administrator for approval.×
Warning! Will constitute a criminal offense, illegal, threatening, offensive, insulting and swearing, derogatory, defamatory, vulgar, pornographic, indecent, personality rights, damaging or similar nature in the nature of all kinds of financial content, legal, criminal and administrative responsibility for the content of the sender member / members are belong.
Related News