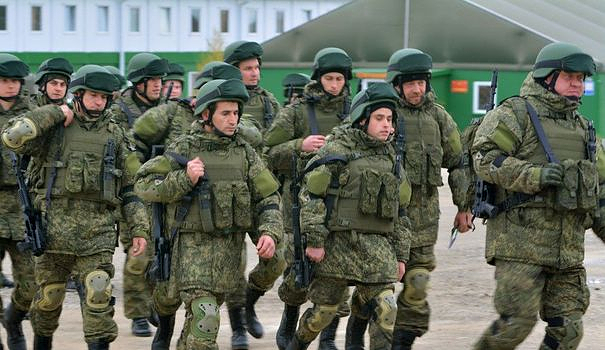 Day after day, the morbid count continues. During the single day of Thursday, November 10, nearly 710 Russian soldiers would have died on the battlefield, according to figures published daily by kyiv. The day before, the American Chief of Staff Mark Milley announced that "well over 100,000" soldiers would have been killed or injured on the Russian side since the start of the conflict, and "probably the same thing" on the Ukrainian side. Problem for Moscow, this balance sheet is heavier more quickly since the arrival of the first mobilized on the front at the end of September.

And for good reason: as the losses accumulate, there have also recently been many testimonies of Russian soldiers sent to fight without training or suitable equipment. "We were thrown to the front line, told to dig trenches, but we only had three shovels per battalion. We had no supplies," Russian online newspaper Verstka testified Nov. 5, the survivor of a battalion that suffered very heavy losses after three days of fighting around Svatove, in the Donbass. Of the 570 soldiers in his unit, only about forty would have survived, according to the site.

The next day, in a letter posted on Telegram, soldiers from the 155th Brigade of the Pacific Fleet claimed to have lost "about 300 men - dead, wounded and missing" during an "incomprehensible offensive" in the village of Pavlivka, in the Donetsk region. “We thought before the start of the conflict that Moscow considered its soldiers better than in the past, but we realize that this is not really the case”, underlines Michel Goya, former colonel of the navy troops, today historian of the war. The tactics employed by the Red Army still inspire the Russian military today."

According to the authors of the missive, their generals "don't care about anything except getting medals" and would even call their men "meat". Accusations which resulted in the wake of a rare denial from the Russian Ministry of Defense. “Thanks to the competent actions of the commanders, the losses of the Marines during this period do not exceed 1% of the combat personnel and 7% of the wounded, a significant part of which has already returned to service,” he assured.

“The contempt for human life in the Russian army is real and runs through history, notes historian Françoise Thom, author of Putin or the obsession with power (Litos, 2022). Political objectives have always come before everything, even if, in order to be able to reach them, to resort to an immense human waste. History easily confirms this. In Crusade in Europe, his World War II memoir, Allied Commander-in-Chief General Dwight D. Eisenhower recounts a discussion he allegedly had with General Zhukov, Chief of the Joint Chiefs of Staff. soviet army.

The latter explains to him: "When we arrive in a minefield, our infantry attacks exactly as if there were none. The losses we suffer from anti-personnel mines are equal to those we would have suffered from machine guns and artillery if the Germans had chosen to defend that particular area with many troops, rather than with minefields." The American general remains flabbergasted.

"Traditionally, the Russian army has been based on the use of a large mass of men with this idea that the Russian population is large and that one can show a certain human prodigality to play on the superiority of the number", notes Michel Goya. During the Second World War, the Red Army had paid the heaviest price, with, according to official figures, more than 8.6 million dead. During the battle of Rjev alone, one of the bloodiest of the conflict, the Soviet forces had recorded, between January 1942 and March 1943, nearly 400,000 dead and more than 760,000 wounded. And in Stalingrad, the Red Army had deplored more than 2,500 soldiers killed per day in six months of fighting.

"The problem for Russia is that it no longer has the demographic dynamism of the previous century, notes Françoise Thom. It is illusory to believe that the country will be able to multiply the waves of mobilization without completely exhausting itself." This does not prevent, for the time being, the Kremlin from implying the opposite. When announcing a "partial mobilization" of the population on September 21, Defense Minister Sergei Shoigu thus recalled that it represented only "a little more than 1%" of the total number of people. mobilized in the country, estimated at some 25 million people.

Barely a month after their enlistment, Vladimir Putin indicated on November 7 that 50,000 soldiers called up during the mobilization campaign were already serving in combat units. “They die by the hundreds every day, Volodymyr Zelensky retorted to him the same day in his daily address. The ground in front of the Ukrainian positions is literally strewn with the bodies of the occupants”.

Beyond the sacrifice of certain units, the Russian army has revived other outdated practices. "Due to low morale and an unwillingness to fight, Russian forces have probably started deploying 'barrage troops' or 'blocking units'. These units threaten to fire on their own retreating soldiers, in order to compel them to go on the offensive," British intelligence said in a November 4 report. A process that Stalin had systematized during the Second World War by signing Order No. 227 on July 28, 1942. His motto, which has remained famous: "Not a step back!" Between 1941 and 1944, more than 158,000 Soviet soldiers were killed by their brothers in arms.

This same text also provided at the time for the creation of disciplinary battalions (shtrafbat), made up of those sentenced to the gulag. Their role: to carry out the most dangerous missions on the front line. What - here again - is reminiscent of the recruitment of many prisoners by the private militia Wagner, of the Russian oligarch Evgueni Prigojine, to go and fight in Ukraine. For more than four months, they have been trying in vain to make progress in Bakhmout, a small town in the Donetsk region. "This is where the madness of the Russian command is most evident, Volodymyr Zelensky had declared on October 26. Day after day, for months, they have been leading people to death."