The high court, firmly rooted in conservatism, will examine for two hours the admission procedures in the oldest private and public universities in the country, that of Harvard and North Carolina. 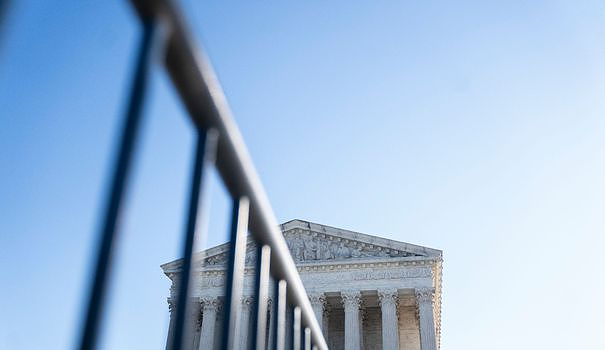 The high court, firmly rooted in conservatism, will examine for two hours the admission procedures in the oldest private and public universities in the country, that of Harvard and North Carolina.

Like many very selective establishments, they take into account the color of the skin or the ethnic origin of their candidates in the evaluation of their files.

The objective is to correct the inequalities resulting from the segregationist past of the United States and to increase the share of black, Hispanic or Native American students who remain underrepresented in higher education.

These policies, known as positive discrimination, have always been highly criticized in conservative circles who consider them opaque and see them as "reverse racism". Nine states have already banned them.

For half a century, they have been the subject of several complaints brought by white students.

Seized on the subject on several occasions since 1978, the Supreme Court has prohibited quotas but authorized universities to take into account, among other things, racial criteria, judging that the search for greater diversity was a "legitimate interest ".

At the head of an association called "Students for Fair Admission", he filed a complaint against Harvard and the University of North Carolina accusing them of discriminating against students of Asian origin.

The latter, who have academic results significantly above average, would be more numerous on campus if their performance were the only criterion for selection, he argued.

After having suffered several defeats in court, he turned to the Supreme Court asking it, more broadly, to declare that the Constitution prohibits all discrimination, including positive discrimination.

The Temple of Law could have refused, as it does for the majority of cases submitted to it. By accepting this appeal, he hinted that he was ready to make a new reversal after having dynamited the right to abortion in June.

As the hearing approached, several actors from the political, academic and economic world intervened to defend the status quo.

In an argument sent to the Court, the government of Democratic President Joe Biden insisted on the need to train "leaders with varied profiles ready to lead an increasingly diverse society".

Large companies, including Google and General Motors, have pointed out that a "diverse workforce improves their performance" and that they draw to select it from student pools on campus.

But the Court has been profoundly overhauled by Donald Trump and his new conservative majority (six judges out of nine) "tends to consider that racial registration, even for laudable reasons, violates the Constitution", recalls Steven Schwinn, professor of Human Rights. 'University of Illinois.

"If we want to put an end to racial discrimination, we must stop discriminating on racial grounds", wrote in particular in 2007 the head of the Court John Roberts. Even the African-American Clarence Thomas, who himself benefited from these programs to enter the prestigious University of Yale, publicly denigrated them.

Already a minority, the progressive camp is weakened: the black magistrate Ketanji Brown-Jackson has recused herself in the Harvard file because she sat on the supervisory board of the establishment.

The Supreme Court will have to render its decision before June 30.

"It will have an impact beyond higher education", predicts Steven Schwinn. It could, according to him, prohibit the government from using racial criteria in other areas, such as the awarding of public contracts, a practice authorized today.