Post a Comment Print Share on Facebook
Famagusta 22
DOLLAR 18,45
EURO 17,91
GOLD 975,32
BIST 3.281,61
Oscar winner Louise Flechter dies
"My mother was a narcissist"
Why this Tukur "crime scene" is a masterpiece
The message of Brad Pitt skin cream
In Vincennes, a literary festival to explore the fault lines of America
"I have a lot of junk in my lyrics"
Brilliant finale with anchor award show
Luther's little language tricks still have consequences today
Why all the empathic people are the new narcissists
“I know an alarming number of people who want to leave Germany”

Breaking News
The museum made Bilbao famous in one fell swoop

US Open: Carlos Alcaraz wins and becomes the youngest world N.1 in history 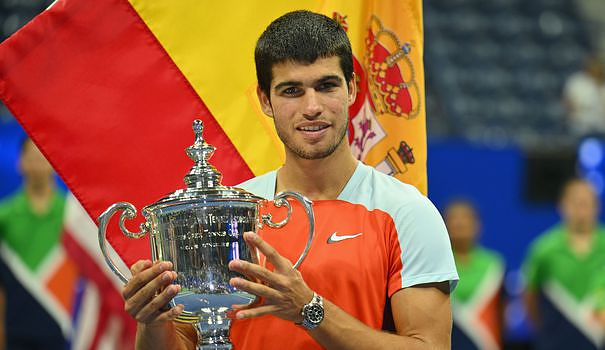 Fourth in the world on arriving at Flushing Meadows, he is the first player under 20 to reach the top of the world hierarchy. Previously, the youngest N.1 was Australian Lleyton Hewitt who was 20 years and 9 months old when he became N.1 on November 19, 2001.

Ruud (7th), 23 years old and who had played his first major final in June at Roland-Garros, will become N.2 on Monday. He could also become N.1 in the event of a title.

This final completes a hair-raising tournament for the Spaniard who became the finalist who spent the most time on the court during a Grand Slam tournament with a total of 23:40. The previous record was held by South African Kevin Anderson when he lost in the final at Wimbledon in 2018 after spending 11:20 p.m. on the court.

Alcaraz displayed the full panoply of his talent, physical, tactical and tennis. But the renowned austere Norwegian was not left out to provide the show. On several occasions, the nearly 24,000 spectators rose to deafening ovations for one or the other of the two players.

In the first set, Alcaraz scored the break to lead 2-1 and held the advantage. Proof of respect between the two gladiators, Ruud recognized that a ball had doubled in his camp and thus gave the point to his opponent when he was down 4-3.

While Alcaraz seemed to get their hands on the match, it was Ruud who dominated the second set by taking Alcaraz's serve twice.

The third set started with a break from Alcaraz, but Ruud recovered to come back at 2-2.

At 4-4 and 30/30, the Spaniard finished flat on his stomach - but on a fault - a new phenomenal point, provoking a standing ovation which shook the walls of the Arthur-Ashe court.

Playing a very high level of play, the two men arrived at the tie break.

While he had lost the four tie breaks played so far since the start of the tournament, Alcaraz this time clearly dominated this decisive game.

In the fourth set, he took Ruud's serve one last time to lead 4-2 and maintain his advantage until the final victory, converted on his second match point. 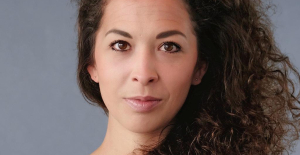 How Berlin tries and fails at individualism 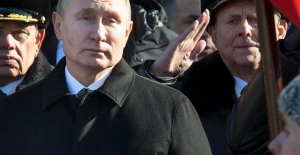 Putin only increases the fighting spirit of Ukrainians 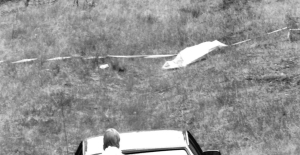