The text, voted in the afternoon in the Senate after a similar ballot in the House of Representatives on Wednesday, imposes a branch agreement on the profession, despite the fact that it has not been approved by all the unions. 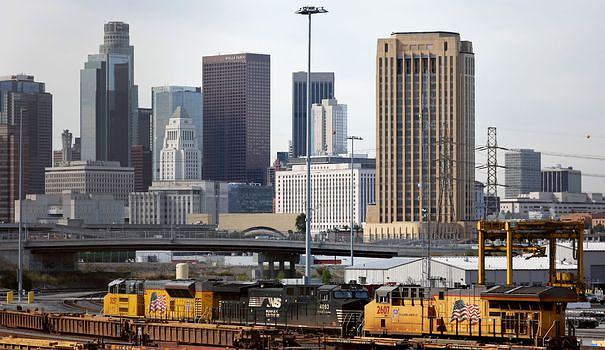 The text, voted in the afternoon in the Senate after a similar ballot in the House of Representatives on Wednesday, imposes a branch agreement on the profession, despite the fact that it has not been approved by all the unions.

President Joe Biden has indicated that he will endorse it as soon as it is sent to the White House.

"By working together, we saved this country from a Christmas disaster," he said in a statement.

Faced with the prospect of a strike starting on December 9, the Democratic leader, a big supporter of rail transport, had demanded that Congress pass legislative force, which he is authorized to do under a law of 1926.

Joe Biden, who never loses an opportunity to affirm his support for the unions in general, deemed the current situation too perilous: a freight strike would have cut American economic activity by two billion dollars a day, according to a American Railroad Association estimate.

- Paralysis of the rail -

It would also have had an impact on passenger transport, since most passenger trains use tracks belonging to freight companies.

The US president reiterated in the press release his "reluctance to override" union negotiations. "But in this case, the consequences of a shutdown were just too great," he said.

The prospect of US rail paralysis presented a major political risk for the President, as inflation remains high and the US economy is already showing signs of slowing.

But by forcing the adoption of the collective agreement and bypassing social dialogue, the head of state exposed himself to criticism from unions and the left wing of his majority.

“There is no clearer example of corporate greed than what we see in the railroad industry today,” said progressive Senator Bernie Sanders.

Joe Biden had defended himself from all criticism during a press conference Thursday before the vote in the Senate, assuring that he had managed "to negotiate a contract that no one else could have negotiated".

The text provides for a salary increase of 24% over the five-year period from 2020 to 2024 (with retroactive effect), as well as an additional day of personal leave.

The federation of railway companies (AAR) welcomed the result of the vote, which according to it makes it possible to avoid an "economically devastating" strike. It represents a "compromise" but brings "substantial gains" to employees, she says.

On the other hand, the text does not require rail companies to grant sick leave to their employees, a pressing request from certain railway unions. Some companies do not offer any at the moment.

In an attempt to resolve this dispute, the Democrats had presented a complementary bill providing for seven days of guaranteed sick leave per year. But it did not obtain the required 60 votes in the Senate.

"The fact that there aren't 60 senators with the guts to stand up to business and fight for basic rights for railroad workers is terrifying," President Sean O'Brien tweeted. of the Teamsters union.

"Almost all members of Congress campaign as being for the working class; the actions of many of them today have shown that they are in fact defending the companies", also lamented another union, BRS, in a message.

A total of twelve unions had been negotiating with employer representatives since 2020. Faced with the first threat of a strike in September, Joe Biden had used all his political weight to clinch a preliminary agreement, which was later rejected by members of four unions.

“I have been very clear: I will continue to fight for sick leave coverage, not only for railroad workers, but for all American workers,” the president promised Thursday.