United Kingdom: three questions about the economic storm that is hitting the country 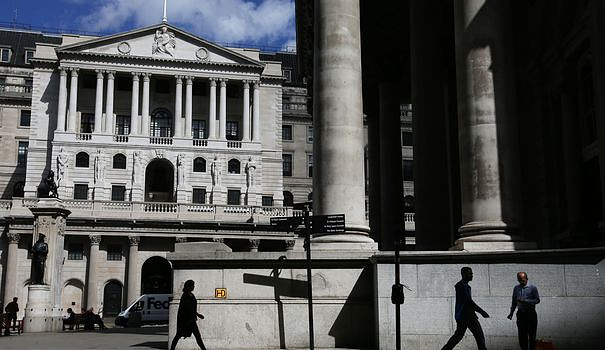 "Real risks to British financial stability". This is how the Bank of England described this Wednesday, September 28 the market turbulence triggered by the expensive budget plan in London, particularly criticized by the International Monetary Fund (IMF). To face this storm which occurs at a time when the country is going through a serious economic crisis against a backdrop of soaring energy prices, the Bank of England (BoE) will buy government bonds.

"The Bank will make purchases of government bonds with long maturities" from this Wednesday in order to "restore normal market conditions", said the BoE in a press release published on Wednesday, specifying that this "operation will be entirely financed by the Treasury ".

"The market movement has been exacerbated since yesterday and particularly affects long-term debt. If this market dysfunction continues or worsens, it would pose a real risk to the financial stability of the United Kingdom", explained the BoE to justify its intervention .

On Friday, the new government of Liz Truss announced measures to support the economy and very costly tax cuts. This plan provides for a freeze in the cost of energy for individuals and businesses, which alone should cost 60 billion pounds for the first six months, but also significant tax cuts. Estimated by economists at an amount of 100 to 200 billion pounds, but the financing and impact of which remain unclear and not quantified by the government, these measures have wreaked havoc on the markets in recent days.

Earlier in the day, the IMF had openly criticized this costly economic support plan, calling on Downing Street and Chancellor of the Exchequer (Finance Minister) Kwasi Kwarteng to correct the situation. The sharp tax cuts envisaged by British leaders "will probably increase inequality", worries the IMF in a statement sent to AFP.

The Washington institution even goes so far as to ask London to "reassess" these measures when presenting its budget on November 23, "especially those that benefit people with the highest incomes", in this statement to the unusually direct tone for the international institution.

The freezing of energy prices is also at the center of the criticisms of the Fund, which recalls not recommending "broad and untargeted budgetary packages at this stage". “It is important that fiscal policy does not run counter to monetary policy,” the IMF also writes as the Bank of England tries to slow economic activity through rate hikes in order to fight against a surge in inflation.

“Given the high inflationary pressures in several countries, including the UK, we do not recommend any significant unfunded fiscal measures, as it is important that fiscal policy does not stand in the way of monetary policy,” further said the IMF. Rating agency Moody's made similar comments, warning of an "unsustainable debt trajectory".

"We understand that the major budget plan announced aims to help families and businesses cope with the energy shock and to boost growth through tax cuts," said the IMF, however, about the plan presented by Kwasi Kwarteng.

This Wednesday, the Treasury for its part defended its budgetary plan. “We acted quickly to protect households and businesses this winter and next winter,” argued the Treasury. “We are focusing on growing the economy and standard of living for all” ahead of a new medium-term budget on November 23 which “will ensure that debt falls as a share of GDP,” he added.

A signal of investor mistrust for British assets, the pound sterling plunged to an all-time low of $1.0350 on Monday and has risen only slightly since. Since the beginning of the year, its fall, dizzying, remains 20%.

The yield on government debt, which increases when demand declines, has soared. The 30-year bond rate, which was around 3.5% at the start of last week, jumped to reach 5.14% at the start of the session on Wednesday, its highest since 1998, signaling a surge in the cost of financing. British debt. It quickly fell back with the intervention of the BoE, even falling to 3.94%. The 10-year bond rate followed suit, falling to 4.23% after hitting a high since 2008 at 4.02%. Soaring borrowing rates in the UK risk making household mortgages and corporate credit more expensive and pushing them to a point where they would no longer be able to repay.

With an inflation rate of almost 10% over one year, the highest in the G7, the United Kingdom has already entered recession, according to the Bank of England. 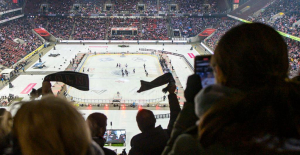 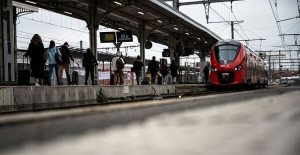