During a meeting at the Ministry of Labor in the morning, Olivier Dussopt will inform the employers' organizations and trade unions of "the arbitrations selected" after a consultation started in October. 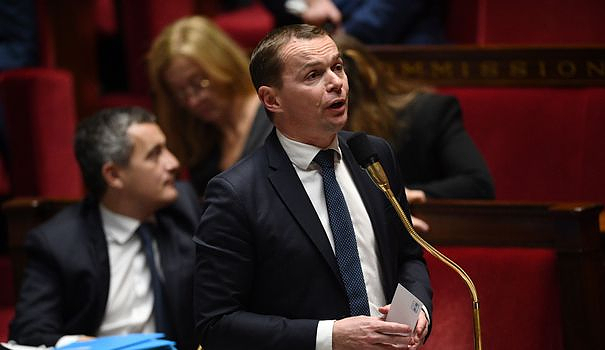 During a meeting at the Ministry of Labor in the morning, Olivier Dussopt will inform the employers' organizations and trade unions of "the arbitrations selected" after a consultation started in October.

The leitmotif of the executive is that unemployment insurance be "stricter when too many jobs are unfilled, more generous when unemployment is high", an idea supported by the Medef and the CPME but which all oppose. trade unions.

The government ruled out touching the level of compensation and waived a variation of the rules according to the local employment situation, too complex to implement.

"We are not going to compensate less, we are going to work on the duration of compensation", maintaining "a floor", confirmed Mr. Dussopt on Sunday.

The conditions of access to compensation, ie the fact of having worked six months over a reference period of 24 months, will also not be modified. The government "will not reduce the number of people eligible for the opening of rights to unemployment insurance", assured the minister.

On the other hand, according to union and employer negotiators, the Minister will announce that beyond a minimum of 6 months, the duration of compensation will vary according to the unemployment rate for job seekers opening rights from the February 1, 2023. The first impacts are therefore expected from August 1.

When the labor market situation is considered to be good, the duration of compensation will be reduced by a coefficient which will be announced on Monday. If the coefficient used is 0.8 for example, this would mean that a jobseeker who would be entitled to ten months of allowance under the current system will only be entitled to 8 months.

Intermittent performers or overseas will not be affected.

"After having reduced the amount of compensation (for people alternating between unemployment and employment) during the 2019 reform, now they are reducing the duration", criticizes Marylise Léon (CFDT).

The criterion for assessing the labor market situation should be the evolution of the unemployment rate as defined by the ILO. The way to assess it - threshold, dynamics - will be specified on Monday but it should make it possible to apply the reform if unemployment remains as it has been since the start of the year around 7.3-7.4%.

The executive insists that there is urgency in the face of the recruitment difficulties of companies, and makes this reform a first stone of its strategy to achieve full employment in 2027, i.e. an unemployment rate of around 5%.

The government puts forward studies according to which the unemployed would intensify their job search in the months preceding the end of their compensation, and therefore that by reducing this duration, people would come out of unemployment earlier.

"Pipeau", answers Eric Courpotin (CFTC). "It is not by reducing the duration that we will find the workforce. We should have worked on the costs related to the work: travel, childcare, housing...". "The goal is to save money," adds Michel Beaugas (FO).

The government will then issue a decree. This was made possible by the "labour market" bill, adopted Thursday by Parliament, which gives the hand to the government to decide on the rules until the end of 2023 in place of the social partners.

But the Minister has already assured that this modulation would be present in the "framework letter" which will be sent to the social partners during 2023 in order to negotiate new rules for January 1, 2024.

The government also wants employers and unions, which manage Unédic, to work in early 2023 on a new governance of the regime. But they want governance and compensation to be negotiated at the same time and do not want to formalize the presence of the state in the management of unemployment insurance.