Standing by the kitchen window of his apartment in the Russian-held southeastern Ukrainian city of Enerhodar, Serhiy Shvets saw armed men marching down the street below. 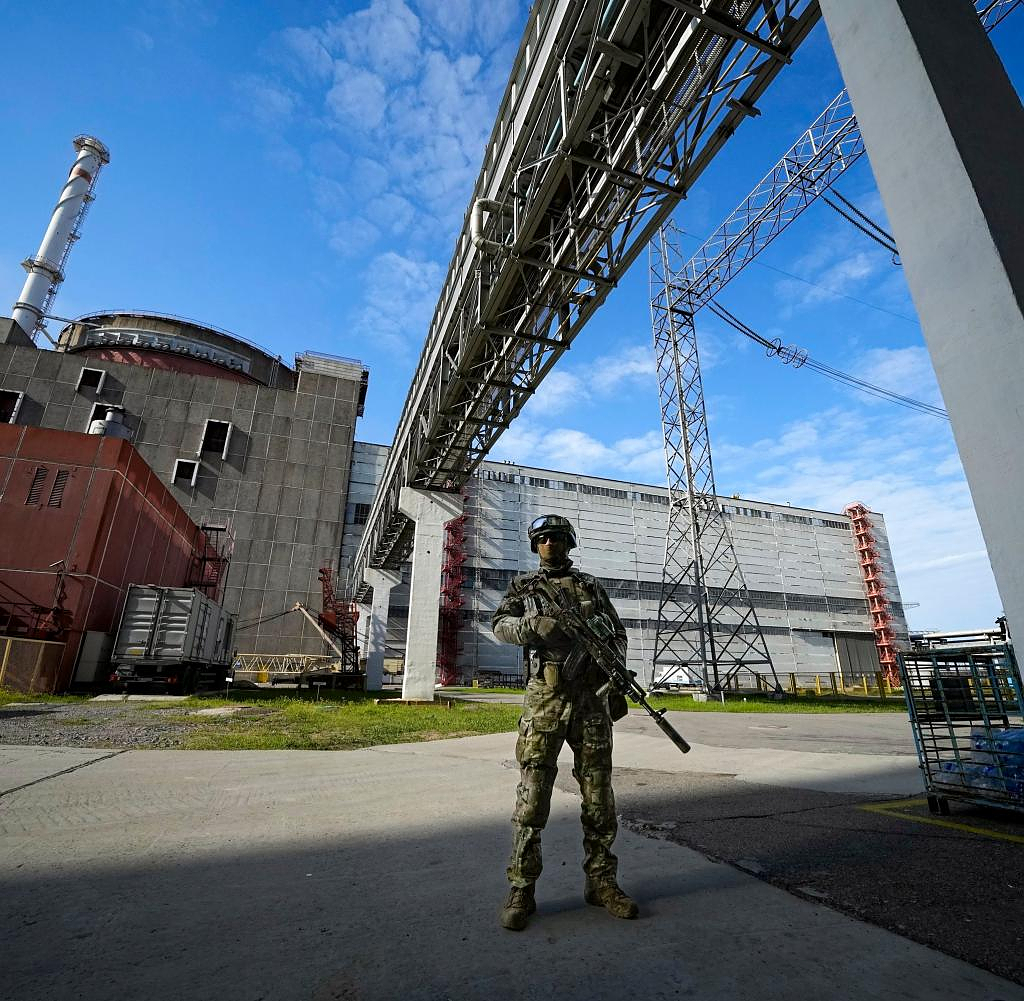 Standing by the kitchen window of his apartment in the Russian-held southeastern Ukrainian city of Enerhodar, Serhiy Shvets saw armed men marching down the street below. The security guard at the Zaporizhia nuclear power plant and a former soldier in the Ukrainian military knew that they were going to either kill him or kidnap him and then torture him. He thought briefly of writing a farewell note to his family who were safe abroad. But instead he lit a cigarette and grabbed his gun.

Six Russian soldiers broke down his door and opened fire, Schwez returned it. He was hit several times, in the stomach, hand, thigh and ear. Before he lost consciousness, he heard the group's commander order his men to cease fire.

Schwez survived, despite the enormous loss of blood, but the horror of the attack in May is burned into his memory. Like him, other workers at the Zaporizhia nuclear power plant also report on their experiences, their fear of being kidnapped and tortured by the Russian occupiers of the nuclear reactor and their home town of Enerhodar. According to Ukrainian sources, the invaders have consistently attempted to intimidate workers with beatings and other ill-treatment, either to get them to keep the power plant running or to punish those who expressed their support for Kyiv.

Before the start of the Russian invasion on February 24, life had been good for the nuclear power plant employees, living with their families in financially stable circumstances. The nuclear power plant - the largest in Europe with its six reactors - provided jobs for 11,000 people, making Enerhodar, with its 53,000 inhabitants before the war, one of the most prosperous cities in the region. But when the Russians occupied the site and the power plant four miles away in the early weeks of the invasion, life turned into a nightmare.

The attackers kept the Ukrainian workers to run the power plant. It came under fire repeatedly, with both sides blaming each other for it. Major power lines were damaged, prompting international concern about the safety of the power plant. Ukrainian officials say the Russians used the facility as a kind of shield to shell nearby towns.

About 4,000 nuclear power plant workers fled. Those who stayed tell of the threat of kidnapping and torture. These accounts were substantiated by an incident last Friday: Russian forces kidnapped the plant's manager, Ihor Murashov, on his way home from work. They released him on Monday - after he was forced to make false statements on camera, according to Petro Kotin, head of Ukraine's state-owned nuclear company Enerhoatom.

"I would call it mental torture," he told the AP news agency. "He had to explain that the shelling of the Zaporizhia nuclear power plant was undertaken by Ukrainian forces and that he is a Ukrainian spy... in contact with Ukrainian special forces."

According to Kotin, Murashov was released on the edge of Russian-held territory and then walked about 15 kilometers to reach Ukrainian-controlled territory. He will no longer return to his post at the nuclear power plant. Kotin will take over the management of the power plant, as the Enerhoatom boss himself announced.

Enerhodar's exiled mayor Dmytro Orlov, who spoke to Murashov after his release, says the kidnapped man was held in a basement for two days, "handcuffed and with a bag over his head."

In all, more than 1,000 people, including nuclear workers, have been kidnapped from Enohodar, estimates Orlov, who fled to Zaporizhia - the nearest town under Ukrainian control - after refusing to cooperate with the Russians. Kotin suspects that 100 to 200 people are still being held.

According to Orlov, the kidnappings began on March 19 with his deputy Ivan Samoidyuk. To this day he has not reappeared. "Most of the time, they grabbed people with a pro-Ukrainian attitude who were actively involved in the resistance movement," says the mayor. He accuses the Russians of torturing abductees at various locations in Enerhodar, including the city's police station, basements and even the nuclear power plant. “Terrible things are happening there. People who managed to get out say there was torture with electric shocks, beatings, rapes, gunshots... Some didn't survive.”

As an example, Orlov cites nuclear plant worker Andriy Honcharuk, who died in a hospital on July 3 shortly after the Russians released him — beaten up and unconscious after refusing to follow their orders at the nuclear reactor.

Many workers at the power plant "visited the basement" and were tortured there, says Oleksiy, who fled Enerhodar in June after hearing that the Russians were looking for him. “Graves appeared in the woods around the city. Everyone understands that something terrible is happening,” said the 39-year-old, who for security reasons did not want to be named.

The last reactor at the plant was shut down in September to prevent a potential disaster after constant shelling severely disrupted the reliable power supply needed for the cooling system. The power plant is located in one of four Ukrainian regions that Russia has now illegally annexed. His future is therefore uncertain.

Schwez still has severe pain in the hand that was injured by the Russians in May. But he says he only suffers from one thing now - that he's too disabled to fight the invaders.

‹ ›
Keywords:
NewsteamRusslandUkraineKrieg (24.2.2022)EnerhodarUkraineSerhij SchwezKrimiAKW (Atomkraftwerke)MilitarSaporischschja
Your comment has been forwarded to the administrator for approval.×
Warning! Will constitute a criminal offense, illegal, threatening, offensive, insulting and swearing, derogatory, defamatory, vulgar, pornographic, indecent, personality rights, damaging or similar nature in the nature of all kinds of financial content, legal, criminal and administrative responsibility for the content of the sender member / members are belong.
Related News