Post a Comment Print Share on Facebook
Famagusta
DOLLAR 18,84
EURO 20,22
GOLD 1.130,44
BIST 4.930,18
How Goethe plunged his son into misfortune
"America will soon be in civil war"
The "Komet" brought Udo Lindenberg his first number 1 hit
Fall and demolition after an abstruse jump to 161.5 meters
"I felt like my heart was being ripped out"
What you should now know about organ donation
“The Chinese protect their own children but sell the product to ours”
Modernization is the end of the carnival
RBB dismisses the last directors of Schlesinger's management
Hitlerjunge Salomon - A biography so improbable that it had to be true

Two people died in a fire in an apartment building in Peißenberg (Weilheim-Schongau district). 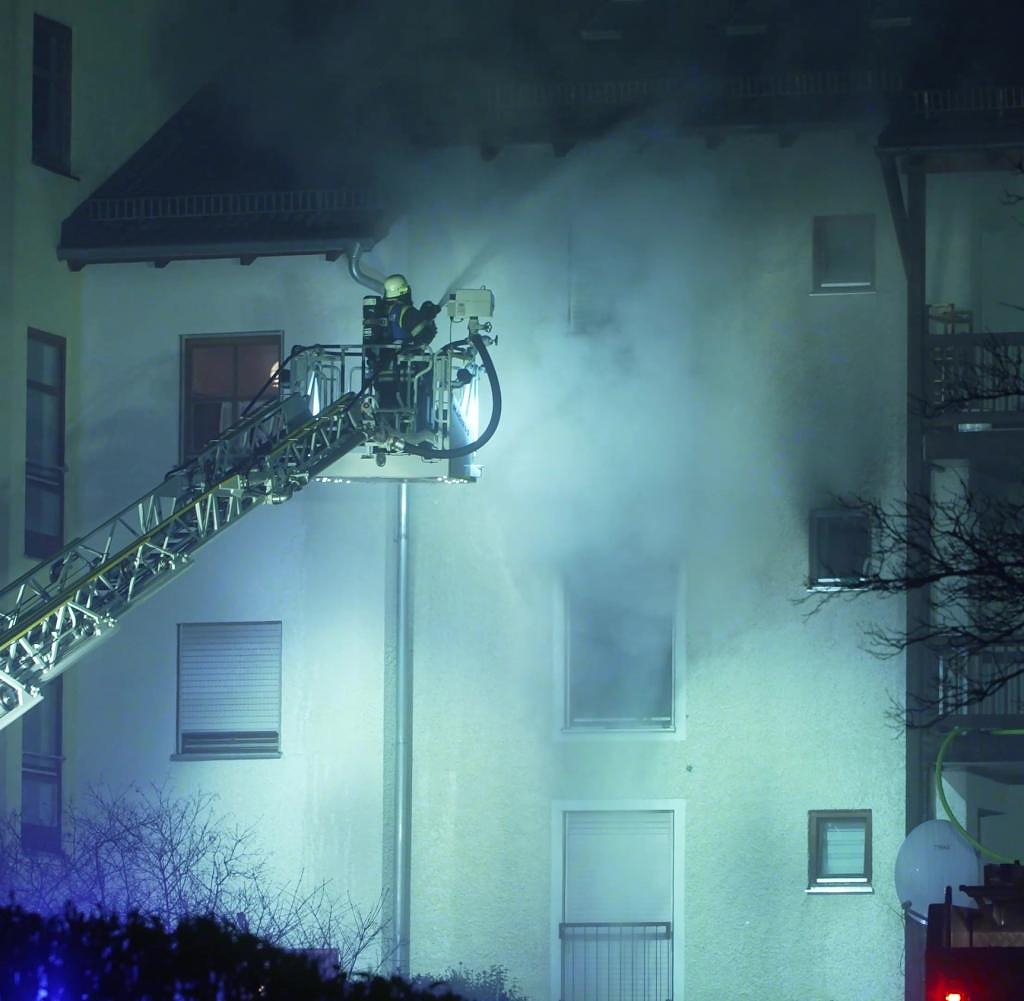 Two people died in a fire in an apartment building in Peißenberg (Weilheim-Schongau district). Presumably because of the fire gases, explosion noises also developed, said a spokesman for the police headquarters in Upper Bavaria South on Sunday. They had startled neighbors on Saturday evening, who reported the fire by emergency call. Three of them were taken to hospitals for investigation for suspected smoke inhalation. The other residents of the house with 24 residential units were unharmed.

During the extinguishing work, firefighters found the two bodies in the apartment. Their identity was initially unclear. "This requires forensic examinations," the police said. The cause of the fire also remained open for the time being. Fire investigators investigated in all directions, the officials explained.

Most of the residents were able to return to their apartments after the building was checked by structural engineers. However, balconies were in danger of collapsing and had to be secured by the Federal Agency for Technical Relief. According to initial estimates, the damage should be in the high six-digit range.

‹ ›
Keywords:
NewsteamTerrorismusFeuerwehrBrasilienOberbayernBrandTechnische HilfswerkNotrufPeißenbergExplosionsgeräuscheBrandgase
Your comment has been forwarded to the administrator for approval.×
Warning! Will constitute a criminal offense, illegal, threatening, offensive, insulting and swearing, derogatory, defamatory, vulgar, pornographic, indecent, personality rights, damaging or similar nature in the nature of all kinds of financial content, legal, criminal and administrative responsibility for the content of the sender member / members are belong.
Related News