Trial of truck attack in Nice that kills 86 has begun

A good six years after the suspected Islamist terrorist attack in Nice, which left 86 dead and injured hundreds, the trial against eight potential supporters has begun in Paris. 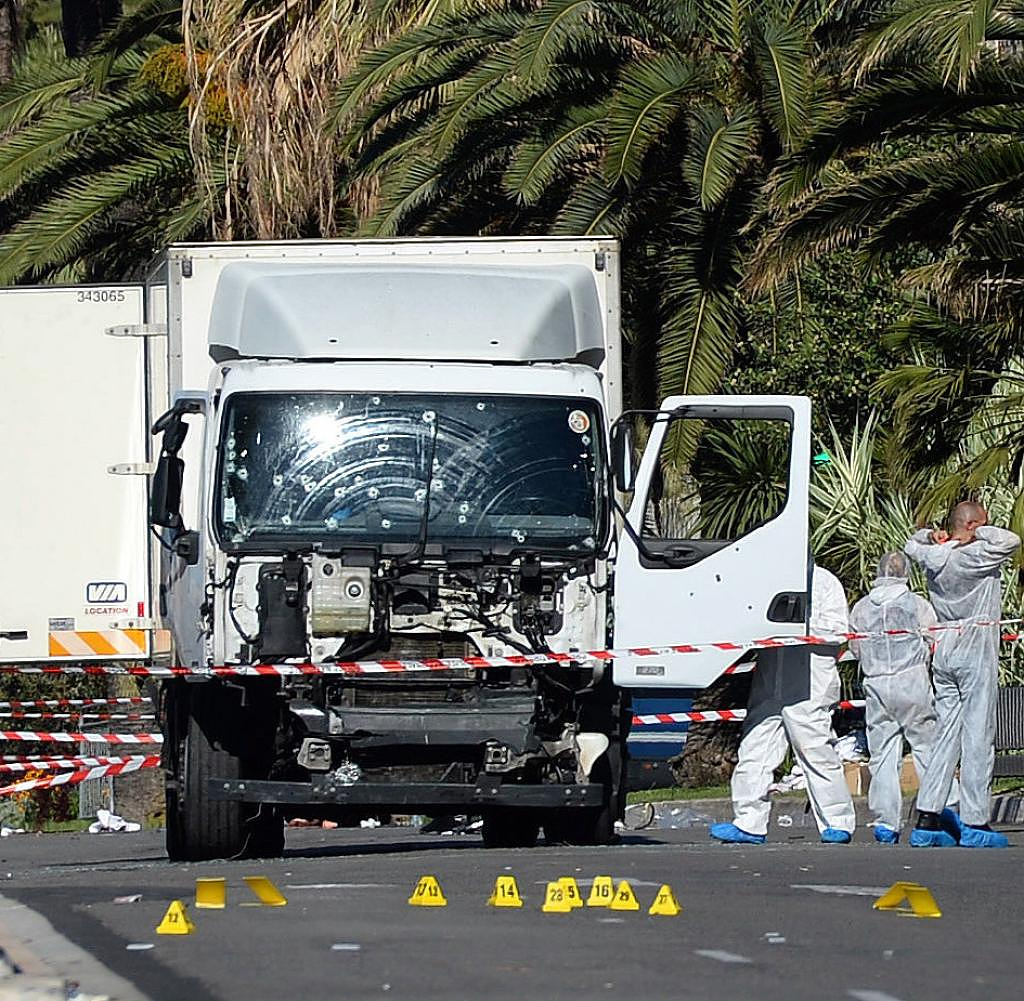 A good six years after the suspected Islamist terrorist attack in Nice, which left 86 dead and injured hundreds, the trial against eight potential supporters has begun in Paris. Presiding judge Laurent Raviot opened the trial, which is scheduled to last around three and a half months, on Monday afternoon in the Paris Palace of Justice.

On July 14, 2016, on the evening of the French national holiday, an assassin drove a truck into a crowd on Nice's seafront. Two students and one teacher at the Paula Fürst School in Berlin also died.

The terrorist militia Islamic State (IS) claimed responsibility for the crime. The violent perpetrator, 31-year-old Tunisian Mohamed Lahouaiej Bouhlel, was shot dead by security forces after the crime.

The seven now accused men and the accused woman between the ages of 27 and 48 face prison sentences of between five years and life imprisonment. Three of the accused also have to answer for allegations of membership in a terrorist organization. One is being tried in absentia, he is said to have fled to Tunisia but is being held there. Other defendants are said to have helped procure firearms for the perpetrator without knowing his attack plans.

Although the investigators found indications of the perpetrator's Islamist radicalization, no connection to IS was initially found. As the newspaper "Le Monde" wrote, the terrorist militia could have claimed responsibility for the act out of opportunism. According to the indictment, the perpetrator had turned to armed jihad. The attack in Nice was the second worst in a series of Islamist attacks that shook France a few years ago.

The trial will be held in the courtroom specially set up for the November 2015 Paris terrorist attacks trial that left 130 dead, which ran from September 2021 to June 2022. As in this process, it is also now planned to give the victims and their relatives ample space: several weeks are planned for this. There are already more than 860 joint plaintiffs, and further applications were made the morning the trial began.

Those affected will also look at the process from Germany. 28 young people from an upper school year at the Paula Fürst School in Berlin were on a class trip to the Côte d'Azur and were standing on the Promenade des Anglais when the attack occurred. Two students and a teacher were killed and another student was injured. A memorial stone at the school commemorates the terrible events.

‹ ›
Keywords:
TexttospeechNewsteamTerroranschlag Von Nizza (14.07.2016)Islamischer StaatDschihadNizzaAnschlagLaurent RaviotKrimiJugendlicheTerroranschlagFrankreichISPariser Justizpalast
Your comment has been forwarded to the administrator for approval.×
Warning! Will constitute a criminal offense, illegal, threatening, offensive, insulting and swearing, derogatory, defamatory, vulgar, pornographic, indecent, personality rights, damaging or similar nature in the nature of all kinds of financial content, legal, criminal and administrative responsibility for the content of the sender member / members are belong.
Related News