To touch the bottom, but still dig. 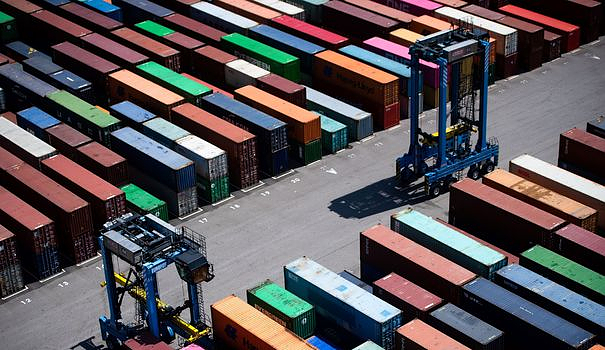 To touch the bottom, but still dig. Since 2020, the deterioration of the French foreign trade balance has become the rule, and tends to get worse and worse. This Friday, October 7, customs confirm, in a report, the bad French trend, victim of the international situation but also of its own weaknesses.

The drastic rise in the price of energy - due to the war in Ukraine - is the main cause of this poor balance. In August, France's energy bill reached 11 billion euros, or 800 million more than the previous month. "Imports of gas and electricity continue to increase significantly," the report said, at 28% in August against 27.3% in July.

Beyond the subject of energy, the balances of trade in intermediate goods, investment and consumption are also decreasing together, which tends to prove that France is struggling to find outlets. If we remove energy expenditure, the trade balance remains very weak, standing at -6.7 billion euros. Admittedly, the balance of trade in consumer goods fell less in August than in July (0.1 billion in August against 0.2 billion in July), but the balance of trade in capital goods, stable in the month of July has decreased. Finally, the balance of intermediate goods – that is to say goods which are acquired to be transformed into other goods – deteriorated by 0.2 billion euros.

The global economic situation, which is proving to be very bad - the World Trade Organization is counting on a virtual stagnation in world trade in 2023 - cannot on its own explain these poor results. French exporters are struggling to sell their products, the result of the deindustrialization policy pursued for many years by France. In many industrial fields, France sells mid-range products at high prices.