Tons of cocaine smuggled through the port of Hamburg

They are said to have smuggled tons of cocaine from South America to Germany via the port of Hamburg, tapped Corona aid and laundered money: Ten men aged 33 to 63 years are on Wednesday before the Berlin Regional Court. 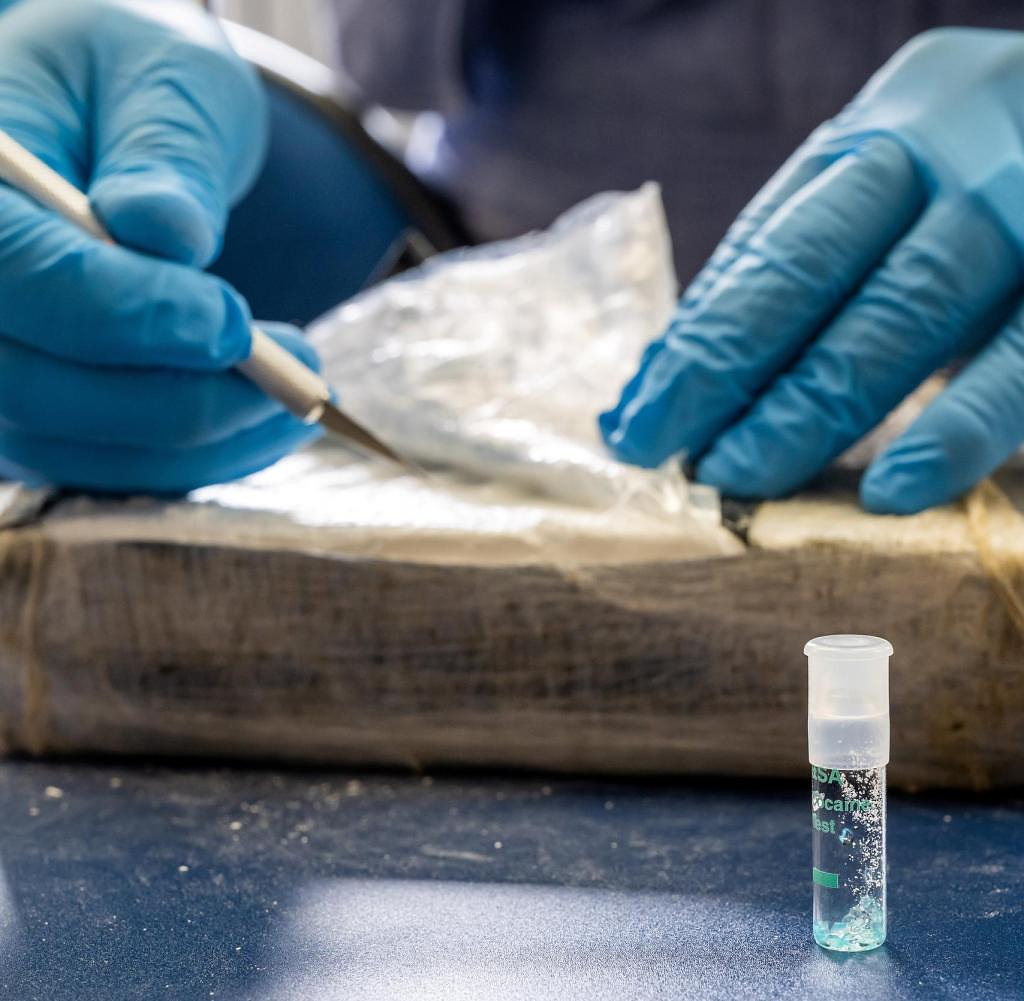 They are said to have smuggled tons of cocaine from South America to Germany via the port of Hamburg, tapped Corona aid and laundered money: Ten men aged 33 to 63 years are on Wednesday before the Berlin Regional Court. The Berlin public prosecutor assumes that they have acted as a gang since 2011. The actions are said to have been planned and coordinated in Berlin and the surrounding area.

According to the indictment, the illegal business was conducted through a network of front companies. The drug was hidden in specially made metal plates and transported to Europe in a sea container. The three main defendants are said to have earned a total of around 9.3 million euros.

The Berlin public prosecutor's office and the Federal Criminal Police Office (BKA) took action against the alleged gang on November 30, 2021 with searches in Germany and abroad. More than 40 buildings were searched and 14 arrest warrants executed. Overall, the investigators spoke at the time of 28 suspects between the ages of 22 and 62 years. Ten suspects were arrested in Berlin alone.

According to investigators, the gang used Canadian crypto messenger service Sky ECC to communicate. It is the first trial in Berlin in which this encrypted communication system plays a role. So far, it has mainly been about cases in which decrypted data from the Encrochat messenger service play a role.

In spring there were initial reports that the EU police authority Europol cracked the encryption of Sky ECC at the end of 2020 and secured many millions of chat messages from users from all over the world. The systems were initially considered undecipherable and were therefore very popular with criminals.

So far, there have been 14 proceedings at the Berlin public prosecutor's office in which data from Sky ECC played a role, a spokesman said on request. Compared to the Encrochat process, the number is still manageable.

In the case of the suspected cocaine smugglers, observations and phone taps were part of the investigation, which according to the BKA went on for two years. The reason for this was a discovery of 690 kilos of cocaine worth 140 million euros in November 2018 on a shipping container in the port of the Brazilian city of Santos, according to the BKA in November 2021. The container was addressed to a Berlin company.

More than 30 days of hearings are planned until the end of January 2023 for the trial of gang trafficking in narcotics or aiding and abetting it.

‹ ›
Keywords:
TexttospeechDrogenHamburgBerlinKokainPolizeiZollBKALandgericht BerlinBerlin GrünenStaatsanwaltschaftSüdamerikaKrimiSky ECC
Your comment has been forwarded to the administrator for approval.×
Warning! Will constitute a criminal offense, illegal, threatening, offensive, insulting and swearing, derogatory, defamatory, vulgar, pornographic, indecent, personality rights, damaging or similar nature in the nature of all kinds of financial content, legal, criminal and administrative responsibility for the content of the sender member / members are belong.
Related News