This summer, the rental car industry is under threat from a lack of new vehicles

Car rental companies in the beach areas are finding it difficult to cope with the summer season just beginning. 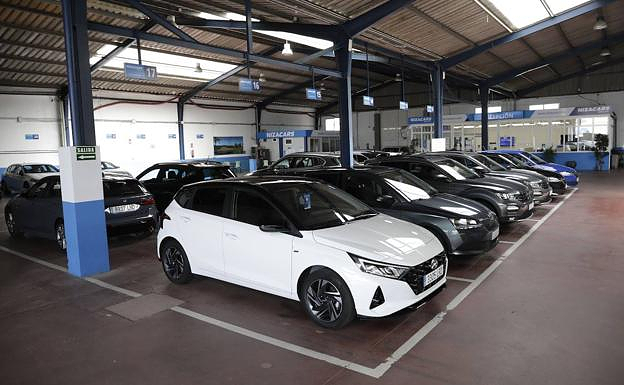 Car rental companies in the beach areas are finding it difficult to cope with the summer season just beginning. The sector has been waiting for hundreds of vehicles for months, many of which have already been paid for, in order to increase their fleets during high season. They have yet to arrive. Due to shortages of supplies and semiconductors, problems in vehicle factories around the world are causing delays in delivery, which is a major problem for this sector, which is one of the biggest buyers of new cars.

This problem is a combination of the two years of the pandemic, and in the case for the province, a season that promises to be historic once again for tourism, but will not be as good in the'rent-a-car' market because it relies heavily on foreign clients, which have still not recovered from pre-pandemic levels.

Almericar is the manager of Roquetas de Mar Santos Hernandez. He explained that they have been waiting for 16 new cars since last year and that they don't stop accumulating delays in delivery. They hope to receive them in July.

Reinforcement for the fleets

To ensure that they have the latest vehicles, car rental companies renew their fleets every year. They sell the majority of their fleet every year at a fair price considering the volume of orders they handle. The delays in delivery don't make it difficult to replace the old or expand the fleet when there is more demand.

The sector is facing huge challenges in meeting the demand for cars in the coastal areas this year. Some of the biggest rental companies have blocked or restricted the "one-way" option for people who wish to rent a vehicle from Almeria and leave it in Madrid or Malaga. This is a common practice among those who are looking to fly at these large airports. Fearing further reductions of their fleets in the region, they have decided to ban this option.

Roquetas De Mar is unlikely to be affected by the pandemic. His manager said that Roquetas' main clients are from abroad and that their numbers are lower now than before. The company has 49 cars in its fleet, whereas the norm for summer months is 65.

The situation has also led to a rise in prices in tourist areas. Prices can reach 50% in certain cases due to a shortage of vehicles. Even though it won't be noticed in cases like that of Almericar de Roquetas de Mar, where prices were previously set with tour operator, its manager said that raising prices "is bread for today, and hunger for tomorrow" and warned them of the possibility of problems in their reservations. He also stated that they are warning tour operators about the danger of problems in their reservations so that they "go looking for another company which I know will not exist, but in these circumstances I cannot ask for exclusivity."

The general problem of lack cars is widespread. Companies will not be able resort to sublessors in Malaga that normally service reinforcement vehicles every year. This summer, however, they won't have the same capacity.

After two years of pandemics that have been particularly difficult, the sector is now in a good place. This was because almost no one remembered what'rent-a-car' meant. Most companies sold their fleets. Almericar was one of those that ordered the purchase of its vehicles last December, citing the positive prospects for the summer, when it was expected that foreign tourists would start to recover. It is now hoped that the cars arrive before demand explodes.

‹ ›
Keywords:
FaltaVehiculosNuevosAmenazaNegocioCochesAlquilerVerano
Your comment has been forwarded to the administrator for approval.×
Warning! Will constitute a criminal offense, illegal, threatening, offensive, insulting and swearing, derogatory, defamatory, vulgar, pornographic, indecent, personality rights, damaging or similar nature in the nature of all kinds of financial content, legal, criminal and administrative responsibility for the content of the sender member / members are belong.
Related News