There will be foie gras at Christmas but "in limited quantity", warns the interprofession

"You have to bet that people will be reasonable and will share the little that there will be," said Marie-Pierre Pé in an interview with AFP, on the sidelines of a trip this week to the Landes and the Pyrenees- Atlantics. 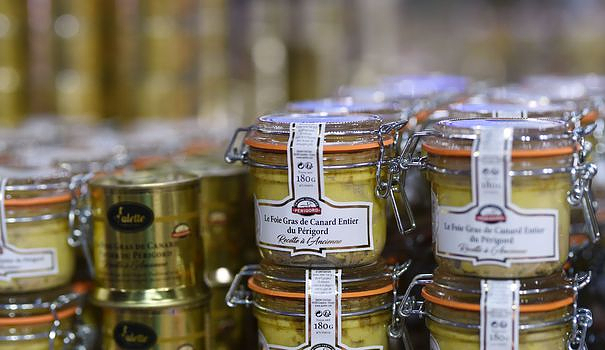 "You have to bet that people will be reasonable and will share the little that there will be," said Marie-Pierre Pé in an interview with AFP, on the sidelines of a trip this week to the Landes and the Pyrenees- Atlantics.

To adapt, companies, whose stocks are at their lowest, favor products of lesser quantity. And Christmas and New Year falling on a weekend, "there will be fewer occasions for festive meals", wants to believe the manager.

According to Emmanuel Chardat, director for foie gras at Labeyrie, the leading supermarket brand, there will be 30 to 40% less foie gras on the shelves this year.

Rarer, the products will also be more expensive. An "inevitable" increase, according to Ms. Pé, because of an unprecedented situation: "a shortage of supply accompanied by a historic increase in production costs", mainly cereal and energy prices.

According to Cifog, the cost of producing a foie gras duck has increased by 28% since the first half of 2020.

France is the leading producer and consumer of foie gras. It usually raises about 30 million fattened ducks a year. A number that fell to 21 million in 2021, and is expected to be around 15 million this year. The fault of two winters marked by avian flu (22.5 million poultry slaughtered, including about 10 million ducks).

Today, the sector is sorely lacking in its raw material: the duckling.

A "serious shortage" caused by the fact that "the breeding (ducks) were decimated during the spring" when the disease struck the Pays de la Loire, whose hatcheries supply more than 70% of day-old ducklings intended for breeding, emphasizes Marie-Pierre Pé.

This shortfall will be partly compensated by the compensation scheme announced at the end of July by the Ministry of Agriculture, but only for breeders affected by avian influenza.

Ms. Pé is worried about the others, not affected by the virus but still deprived of ducklings, "as in eastern Occitania, Alsace, Sarthe or Normandy". She also calls for “accompaniment from the public authorities” for them.

Without a duckling, we had to adapt and some producers went back to fattening cane, traditionally intended more for the breeding of meat poultry for export.

"It's been 40 years since we fattened females because they give a poorer quality liver on average, with the presence of veins", explains Ms. Pé. Despite technical progress, this "small quality defect" still exists and these cane livers "are rather intended for secondary preparations such as pâtés".

Despite the supply of cans, the placement of waterfowl in farms has fallen by 30% this year, according to Cifog.

Marie-Pierre Pé bases "significant hopes" on the vaccination of ducks, even if it could close markets outside the European Union.

Two vaccines are being tested, the results not being expected before 2023. , of course, that the vaccine protects the animals when they are exposed to the virus in a sterile room".

To avoid a third consecutive winter of avian flu, the foie gras and poultry sectors will take a radical gamble: in 68 municipalities in the Landes, Pyrénées-Atlantiques and Gers areas with a high density of poultry farms, no ducks will be put into production. between December 15 and January 15, a critical period for an epizootic.

“It is a question of preventing any fire from starting”, summarizes Ms. Pé, who hopes that this winter will be the one where avian flu will be “defeated”.