After the deadline for submissions for the 11th "Ciudad de Ubeda" Historical Novel Award has ended, the organization announced that 94 works will be considered for the award. 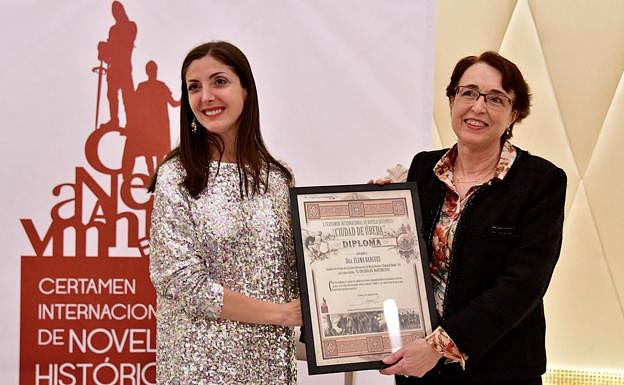 After the deadline for submissions for the 11th "Ciudad de Ubeda" Historical Novel Award has ended, the organization announced that 94 works will be considered for the award. The award consists of 20,000 Euros and will be published in the collection "Historical" of Ediciones Pamies.

They expressed their delight at this year's record number of works received. This is more than the 2020 total of 68. Each autonomous community has received at least one work. Madrid is the leader (25), Valencian Community (8), Castilla y Leon (7) and Andalusia (19). Other works came from Argentina, Uruguay, and Mexico. Andalusian authors are not the winners of the contest's history. This year, 20 women authors are competing for the award. They make up 21% of the total. These numbers are similar to the 2020 (25%) or 2021 (19%).

‹ ›
Keywords:
ObrasConcurrenPremioNovelaHistoricaCiudadUbeda
Your comment has been forwarded to the administrator for approval.×
Warning! Will constitute a criminal offense, illegal, threatening, offensive, insulting and swearing, derogatory, defamatory, vulgar, pornographic, indecent, personality rights, damaging or similar nature in the nature of all kinds of financial content, legal, criminal and administrative responsibility for the content of the sender member / members are belong.
Related News