The weather on Wednesday: violent storms over the Mediterranean arc

The departments in orange vigilance are Hérault, Gard, Vaucluse, Bouches-du-Rhône and Var. 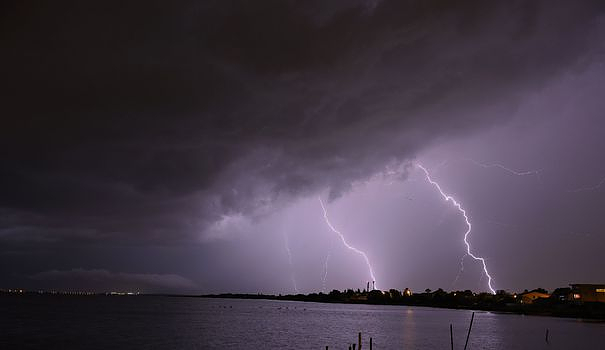 The departments in orange vigilance are Hérault, Gard, Vaucluse, Bouches-du-Rhône and Var.

Around midnight, no damage had been observed, and Météo-France had even lifted the orange vigilance on the Aude earlier in the evening, then on the Tarn and the Aveyron.

In the morning, potentially violent thunderstorms are expected from eastern Languedoc to the lower Rhone Valley and as far as the Var, associated with strong gusts of wind and hailstorms.

Showers will multiply over the hours from Pays de la Loire to the Belgian border, accompanied by thunderstorms.

In the afternoon, thunderstorms will reach the Côte d'Azur. On the eastern flank, from the middle Rhône valley to the North-East, there will be numerous stormy showers which could give rise to marked thunderclaps and hail locally in the Center-East.

The showers that appeared in the morning from the South-West to the Paris region will be more numerous than in the morning on the Aquitaine coast and will take on a stormy aspect from Limousin to the Center, which can be sustained at times.