Francisco Reyes, president of the Diputacion de Jaen was accompanied by Francisco Javier Lozano (deputy for promotion and tourism), who attended the celebration of the V Historical Reenactment of the Battle which took place in Lopera during the Spanish Civil War. 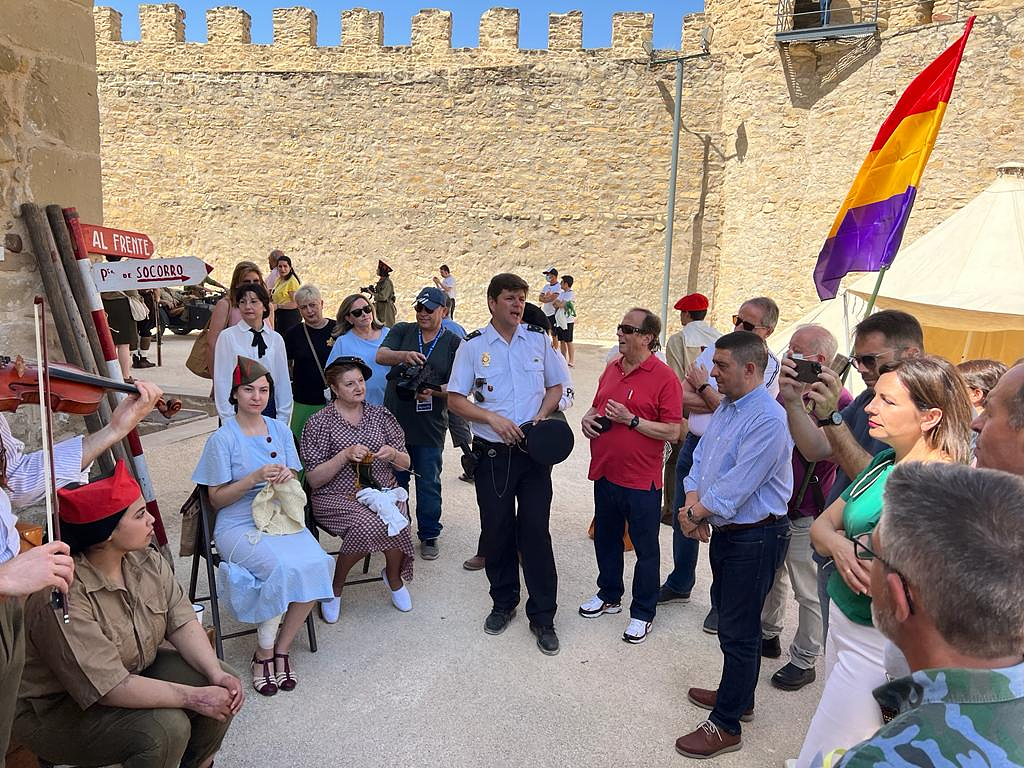 Francisco Reyes, president of the Diputacion de Jaen was accompanied by Francisco Javier Lozano (deputy for promotion and tourism), who attended the celebration of the V Historical Reenactment of the Battle which took place in Lopera during the Spanish Civil War. The municipality of Lopera will be commemorating one of the most significant events of the so-called Front of Andalusia. This weekend's events combine history, culture, and tourism with guided tours to the camping area of both armies or the command post.

This Saturday's main act is the recreation of the battle of the trenches. There will also be a military parade and urban combat. A guided tour of the National Machine Gun Nests and Republican trenches will take place. President of the Diputacion, Francisco Reyes, has stressed the importance of using this type of war reenactment to spread a message for peace. Francisco Reyes stated, "A society must have a memory in order to avoid repeating past errors." President of the Provincial Administration, Francisco Reyes, recalled that Jaen was the site of many battles that have shaped history such as the ones of Las Navas de Tolosa and Bailen. Today, events like the Castles and Battles Route are part of a tourist product.

For the Battle of Lopera we need to go back to the Civil War's beginnings. Because of its strategic location, Jaen was at the front line during the war. The Andalusian Front was a secondary organization at the end of 1936. Queipo de Llano was then at the head of the rebel forces and formulated a plan to advance through Jaen and Cordoba in what is now known as the "Olive Campaign". This campaign would see the capture of oil-producing towns, the waterfall del Carpio to provide electricity supply, and establish a security corridor for rescue of the entrenched who resisted the Sanctuary of the Virgen de la Cabeza. It also sought to control the railway and road that connected Madrid.

Several hundred soldiers of the XIV International Brigade, including John Cornford and Ralph Fox, were killed in the battle at Lopera. More than 200 people were killed by the national troops and other thirds of the requetes.

‹ ›
Keywords:
PresidenteDiputacionAsisteRecreacionHistoricaBatallaLopera
Your comment has been forwarded to the administrator for approval.×
Warning! Will constitute a criminal offense, illegal, threatening, offensive, insulting and swearing, derogatory, defamatory, vulgar, pornographic, indecent, personality rights, damaging or similar nature in the nature of all kinds of financial content, legal, criminal and administrative responsibility for the content of the sender member / members are belong.
Related News