The UDEF of National Police has ruled that there were no irregularities in the Vicar Auditorium case. 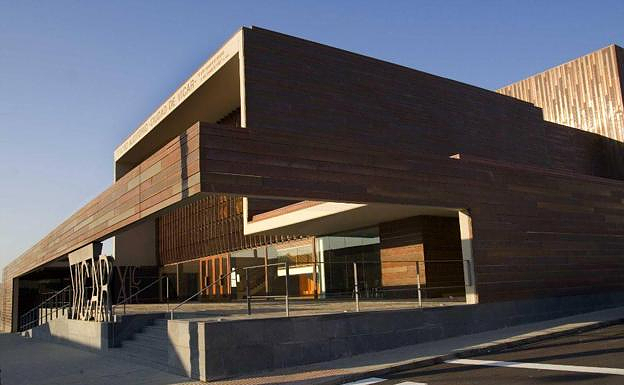 The UDEF of National Police has ruled that there were no irregularities in the Vicar Auditorium case. The certifications were canceled at the right time, despite the fact that it appears that there were improper payments to the company.

According to an official letter to the Investigating Court number 3, Almeria which is investigating the Hispano Almeria Case, the Vicar Auditorium project was successful in its initial phase. The architects who won the competition took over their management. The space was designed in a public competition.

The City Council received a document from Halsa shortly before the start of the second phase. It recommended that construction management be performed by someone other than the person responsible for drafting the project. .

The City Council contracts the second phase of construction and entrusts it to another architect. His offer is shockingly lower than the one presented. It costs 12,000 euros, 43,000 less than the alternative.

The person responsible for directing the work resigned. This was apparently due to, according to the police report, "citing, among other things, the non-approval his work modification project." Unlawful acts were discovered during a march, which led to the City Council transferring construction management to another team who submitted the proposal and were the drafters.

The report was prepared by the new architects who were responsible for construction management. It revealed that there were "serious discrepancies" between the architect's certifications and the actual work done. This means that the "execution of certain work elements by a successful bidder that were not produced or that were produced in units and measurements lower than those certified" was certified. This report confirms that the discrepancies cannot be attributed solely to measurement errors.

All this being said, and in accordance with the recommendations of the works monitor commission, in which the Vicar City Council and the Almeria Provincial Council participated and which co-financed it, the Vicar City Council Plenary issued an updated work certification, cancelling all previous ones. A work modification was also approved to address all deficiencies. The National Police claims that the first director of the second stage of works issued certifications that were not true in the narrative of events. This led to payments to Halsa that should never have been received.

Group II on Money Laundering and Anti-Corruption (National Police) confirms that the National Police has "no irregularities" in the commission of criminal acts. They have also annulled and corrected the certifications of the first director.

‹ ›
Keywords:
UdefDescartaIrregularidadesObraAuditorioVicarEjecutoHispanoAlmeria
Your comment has been forwarded to the administrator for approval.×
Warning! Will constitute a criminal offense, illegal, threatening, offensive, insulting and swearing, derogatory, defamatory, vulgar, pornographic, indecent, personality rights, damaging or similar nature in the nature of all kinds of financial content, legal, criminal and administrative responsibility for the content of the sender member / members are belong.
Related News