The San Pedro celebrations begin with a paella contest

La Mojonera, a municipality in Spain, began the celebrations for San Pedro this weekend with the activities that preceded the program. 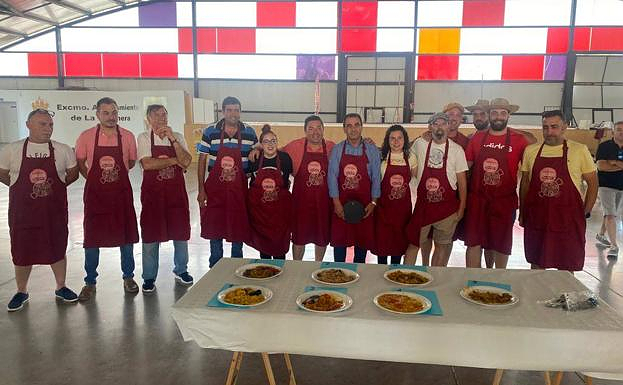 La Mojonera, a municipality in Spain, began the celebrations for San Pedro this weekend with the activities that preceded the program. The festival will conclude on June 29 with the feast of its patron saint. The first pre-party activity was a paella contest at the Carpa del Ferial, which saw large participation from families and friends.

The contest's winners were Santiago Garcia's paellas, Antonio Reyes in second, and Angel Cara Navarro in third. Each winner received vouchers worth 200, 150, and 100 euros to be used in the municipal commerce. The rest of the participants were awarded 50 euros.

Pre-party activities are plentiful in June, culminating with the festival program on the 29th.

‹ ›
Keywords:
ConcursoPaellasIniciaActosFiestasPedro
Your comment has been forwarded to the administrator for approval.×
Warning! Will constitute a criminal offense, illegal, threatening, offensive, insulting and swearing, derogatory, defamatory, vulgar, pornographic, indecent, personality rights, damaging or similar nature in the nature of all kinds of financial content, legal, criminal and administrative responsibility for the content of the sender member / members are belong.
Related News