The Russians fired these rockets at Kharkiv alone

In the second largest city in Ukraine there is impressive evidence of the devastating destruction caused by the Russian war of aggression: the debris of projectiles fired at the city and its inhabitants are stored in a peculiar “graveyard” for rockets. 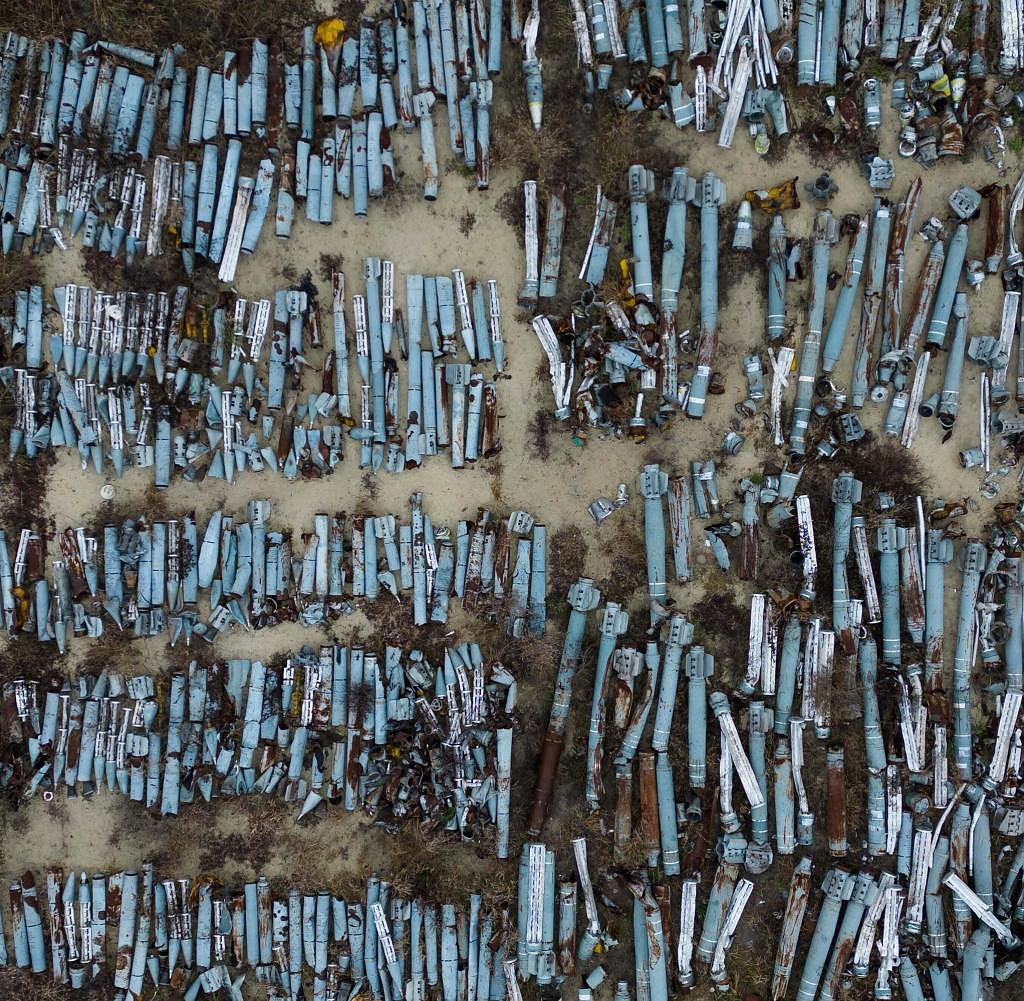 In the second largest city in Ukraine there is impressive evidence of the devastating destruction caused by the Russian war of aggression: the debris of projectiles fired at the city and its inhabitants are stored in a peculiar “graveyard” for rockets.

More than a thousand rockets can be found there - or parts of them. Local authorities hope they can provide information for law enforcement in a future when Russian authorities and soldiers will have to answer for their actions in Ukraine. One day, the rocket fragments might also become part of a museum dedicated to the atrocities of the war.

The bluish cylinders are arranged in rows according to size - an impressive, sometimes shocking sight from the air.

Dmytro Chubenko, a spokesman for the Kharkiv region prosecutor's office, said the missiles had been collected since the first attacks. After some time they decided to sort them.

"This is evidence that an international criminal court would use," he said during a visit to the missile graveyard. Some specialists have already come to the city to analyze the material.

The rockets were fired at some key residential areas like North Saltivka and Oleksiyvka, he said. Authorities estimated at least 1,700 people, including 44 children, were killed by Russian shelling in and around Kharkiv.

During the summer, buildings in areas like Saltivka were badly damaged, some blackened with soot, others falling into disrepair. There was practically no activity: shops were closed, homes were destroyed. The winter has not improved the situation.

"We have lost everything and it is far from clear what we can expect in the future," said Anna, a resident of North Saltivka who fled months ago and declined to give her last name for safety reasons.

44-year-old Ihor Deshpetko, on the other hand, still lives in Kharkiv, despite the suffering that befalls him. He cannot heat his house and is expected to remain so until the end of the winter, he said. He now calls the charred area where he lives the "black quarter".

Back at the rocket graveyard, prosecutors Chubenko said they would keep the rockets for as long as needed so experts and prosecutors could gather the information they needed as evidence against the Russians. And then?

"I don't know what's going to happen next," he said. "Maybe we will create a museum."

‹ ›
Keywords:
NewsteamRusslandUkraineKrieg (24.2.2022)CharkiwUkraineApple PodcastStaatsanwaltschaftTerrorismus
Your comment has been forwarded to the administrator for approval.×
Warning! Will constitute a criminal offense, illegal, threatening, offensive, insulting and swearing, derogatory, defamatory, vulgar, pornographic, indecent, personality rights, damaging or similar nature in the nature of all kinds of financial content, legal, criminal and administrative responsibility for the content of the sender member / members are belong.
Related News