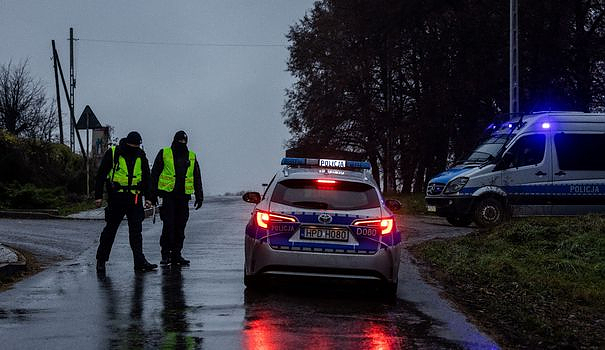 "I'm scared. I haven't slept all night, I've been watching television since this morning and many thoughts are going through my head," Joanna Magus, a primary school teacher in Przewodow, told AFP. village located about six kilometers from the border.

"I hope it's a stray missile. If it's not, we're helpless. We don't know what to do next," she said.

Polish President Andrzej Duda said it was "highly likely" on Wednesday that the downed missile was used by Ukraine's defence, as the blast immediately raised concerns that NATO could be drawn directly into the war that Russia is waging against Ukraine.

According to the Polish Foreign Ministry the explosion occurred at 14:40 GMT on Tuesday.

The inhabitants indicate that the projectile hit a grain dryer, located near the village school.

When he knocked, Mrs. Magus was in her house, the window of which overlooks the dryer.

"I heard a huge explosion, a terrible explosion, so I climbed to the window and saw a huge cloud of dark smoke...I saw people running," she said. .

"I thought maybe something happened to the dryer, that one of the devices was broken and exploded."

Her husband was outside at the time, near the scene of the explosion, she called him to learn that he had "pretty much seen what had happened".

"He was terrified. He said something had exploded and two people were feared dead. It was total panic," she adds.

The two victims of the explosion are men in their sixties, both working in the drying company.

Ewa Byra, principal of the Przewodow primary school, says one of the dead was married to the school cleaner. The other man was the father of a former student.

"We didn't really expect this kind of thing, even if accidents happen, especially when the war is taking place just six kilometers from the village," she admits, interviewed by AFP.

Psychological support will be offered to students, as well as to all other residents who come to school, she says.

According to an AFP journalist present on the spot, the police cordoned off the site of the explosion. Officials stand along the tarmac road leading to the village of about 500 people, which apart from the school and houses, has only a church and a cemetery.

Asked by AFP, parish priest Bogdan Wazny said that the village emptied as soon as the news of the missile spread, and that no one came to mass on Tuesday afternoon, a first for the village in this region very attached to Catholic practice.

He knew both victims well.

"They were very nice. They helped the parish whenever I asked for it," Father Wazny told AFP.

“We have just redone the facade of the church and one of the two men gave it a hand,” he says.

The municipality where Przewodow is located announced three days of mourning on Wednesday.