The new watering suggestions for the cemetery

Climate change will change our cemeteries. 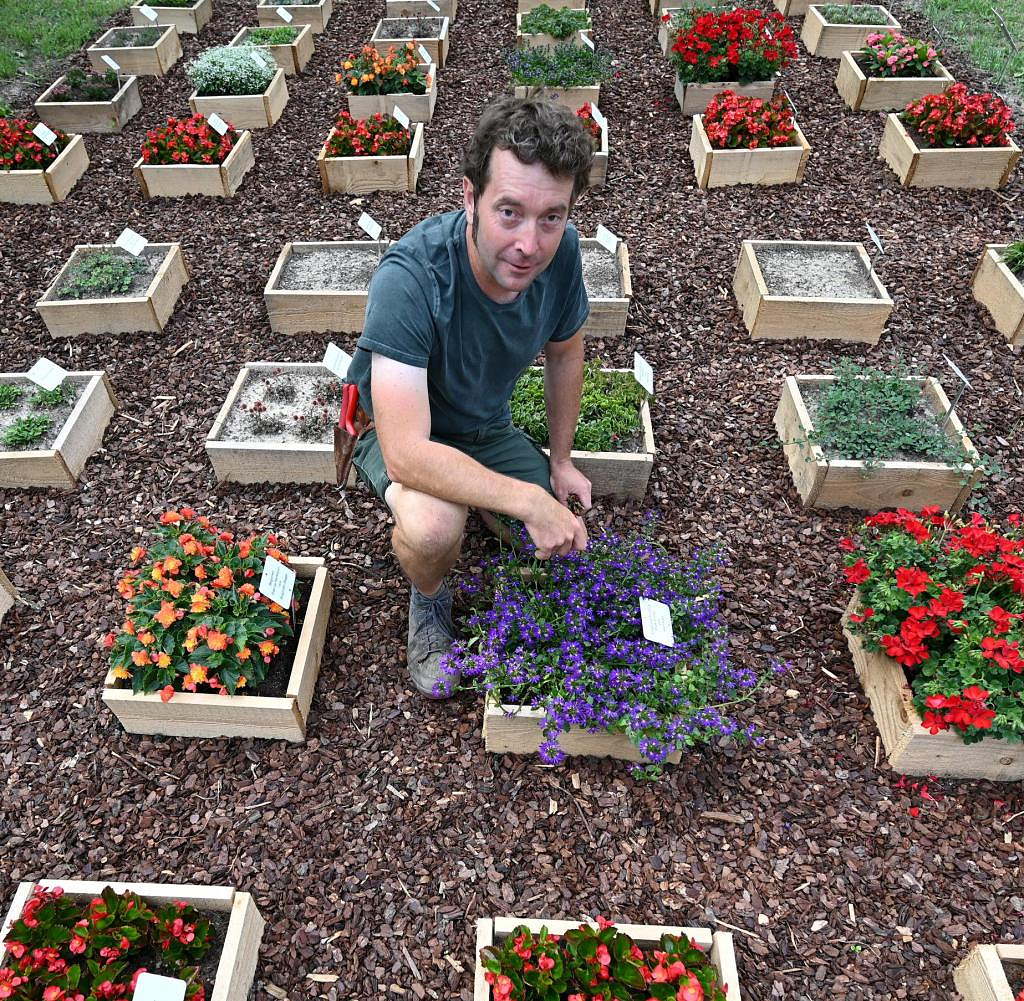 Climate change will change our cemeteries. Some typical and perhaps cherished flowers, perennials and shrubs could become rarer - but new varieties are being added. Summers like 2022 are a big challenge for cemetery gardeners.

Since this year, the Wiesbaden cemetery gardeners Matthew Lynch and Stefan Grob have been testing which plants can cope well with drought: 72 small test beds bordered with wood are lined up in the cemetery in Biebrich. The planting is repeated every fourth row, sometimes red blooming flowers grow in the boxes, sometimes perennials or ground cover. Some get ten liters of water per cast, some five liters and some nothing. The key question is how can a grave look good without a lot of watering.

Among other things, begonias, magic snow, grove mosses and a particularly heat-resistant Christ's thorn variant that gets by with little water grow in the boxes. The project is scheduled to run for a total of three years. At the same time, the temperature and the amount of precipitation are measured on the test fields.

After the first, hot summer, Lynch and Grob found, among other things, that it made little difference whether the plants received ten liters per watering or only five liters. "It turned out that small, more frequent watering is more beneficial for the plants to thrive than larger ones once a week," the two state.

Another finding: careful watering and then a generous water supply for two weeks is crucial for successful growth. This would allow the plants to cope better with drought and heat.

In the future, plants that are sensitive to longer periods of drought will disappear from cemeteries, explains Peter Houska from the Lower Saxony Chamber of Agriculture. Water scarcity or possible watering bans could become a problem for hydrangeas, rhododendrons or forsythia, for example.

"Even shallow-rooted conifers such as thuja have difficulty surviving longer periods of drought in cemeteries," says Houska.

On the graves you will see more plants that get along well with dry to moderately moist soil, such as fat hens, carpet thyme, globe flowers, prickly nuts, lavender or woodland sage, predicts Houska and advocates irrigating cemeteries even more specifically in the future. "It should be cast less frequently, but more profoundly."

Michael Albrecht from the Association of Cemetery Administrators emphasizes: "Climate change does not stop at cemeteries." Lush green lawns throughout the summer were probably a thing of the past. "I believe that the trend in grave planting will clearly go towards site-adapted perennials," says Albrecht. In view of the price of water and the increase in the price of fuel, he believes that many cemeteries have decided to reduce irrigation this summer.

In addition to their function as places of mourning, cemeteries have developed into important green oases in many places, explains art historian Dirk Pörschmann, director of the Museum für Sepulchralkultur in Kassel. They are often several hectares in size and thus offer a retreat for various animal and plant species. Many cemetery administrations are aware of this, and intensive thought is being given to natural planting. In addition, lawns are mowed less often to create flowering areas.

‹ ›
Keywords:
TexttospeechPflanzenKlimawandelFriedhöfeKasselWiesbadenFriedhofsgärtnerGießenSmartphone
Your comment has been forwarded to the administrator for approval.×
Warning! Will constitute a criminal offense, illegal, threatening, offensive, insulting and swearing, derogatory, defamatory, vulgar, pornographic, indecent, personality rights, damaging or similar nature in the nature of all kinds of financial content, legal, criminal and administrative responsibility for the content of the sender member / members are belong.
Related News