The award ceremony was held in the Julio Corzo Room of the Hospital de Santiago cultural centre. 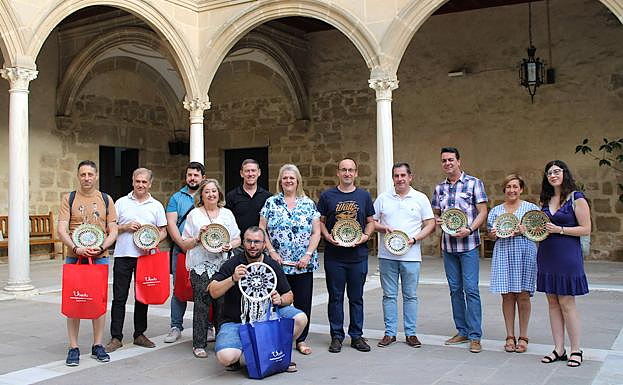 The award ceremony was held in the Julio Corzo Room of the Hospital de Santiago cultural centre. It was held around the National Lace Encounter, a contest organised by the Asociacion Gran Angular with the Department of Citizen Participation. The event featured 24 snapshots from ten authors.

Angel Almagro's photo was chosen as the winner, although other photos were also considered. However, the jury was impressed by the quality of the entries. This initiative aims to promote and disclose the art of lacing through photography. It is being promoted by the Association of Lacemakers of Ubeda annually, which brings together approximately 500 people each edition.

‹ ›
Keywords:
EntregadosPremiosConcursoFotograficoTornoEncuentroNacionalEncajes
Your comment has been forwarded to the administrator for approval.×
Warning! Will constitute a criminal offense, illegal, threatening, offensive, insulting and swearing, derogatory, defamatory, vulgar, pornographic, indecent, personality rights, damaging or similar nature in the nature of all kinds of financial content, legal, criminal and administrative responsibility for the content of the sender member / members are belong.
Related News